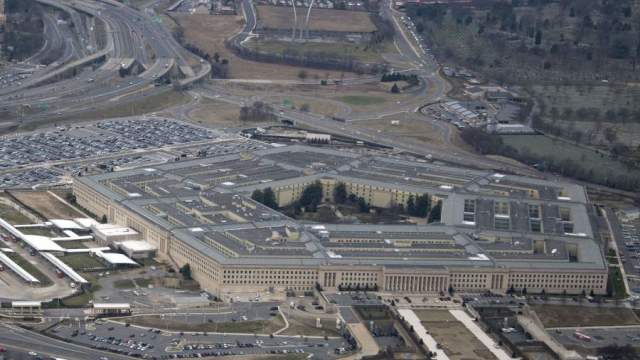 The Pentagon has banned American military bases in Europe from entering into contracts for the purchase of Russian energy resources. The US Department of Defense posted a notification about this in the so-called Federal Register of Official Documents of the US government.

It is noted that the date of creation of the document is August 27, but the final document will be published on August 30.

It follows from the notification that the restrictions are applied in compliance with the provisions of the country's defense budget for the 2020 fiscal year, which begins in the states on October 1. Changes are being made to the appendix to the Federal Regulation on Military Procurement (DFARS).

"This section prohibits the conclusion of contracts for the purchase of energy resources supplied from the Russian Federation for military facilities in Europe," the document says.

The ministry also stressed that they allow exceptions to the rules. In addition, the restrictions will apply only to Europe, and the ban, in particular, will not be on the Asian territory of Turkey.

On August 20, US President Joe Biden signed a decree that allows sanctions to be imposed on Russia's energy projects, including the Nord Stream-2 pipeline, and informed Congress about this.

At the same time, the White House said on the same day that the decision on further sanctions against the Nord Stream – 2 pipeline will be made by the US Secretary of State together with the head of the country's Finance Ministry.

At the same time, Secretary of State Anthony Blinken said that the United States had imposed sanctions against two Russians and one Russian vessel related to the construction of the Nord Stream – 2 gas pipeline. According to him, the specified vessel, as well as another Russian ship involved in the construction of the SP-2, "will be identified as the blocked property of one of the listed persons."

Russian President Vladimir Putin, after talks with German Chancellor Angela Merkel on August 20, said that the construction of the SP-2 is nearing completion — there are 15 km left by sea.


The Nord Stream-2 is being built from Russia to Germany along the bottom of the Baltic Sea with the aim of direct gas supplies to Europe. The EU countries mainly support the project and participate in its implementation. The Baltic states, Poland, the USA and Ukraine are against it. The latter is afraid of stopping the transit of Russian gas through its territory.