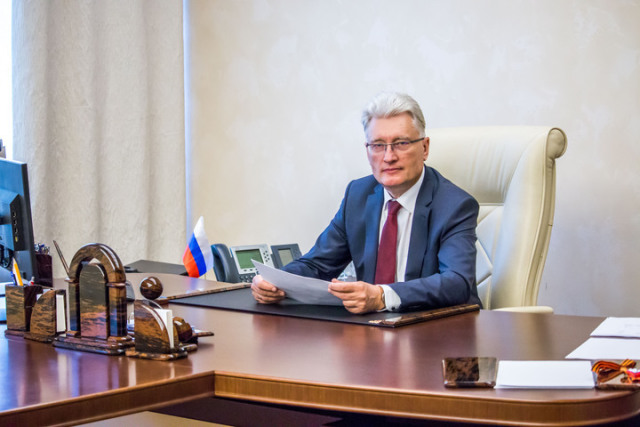 KUBINKA /Moscow region/, August 23. /TASS/. JSC " NPK " NIIDAR "(part of the concern "RTI Systems") has developed a radar complex of space measurements " 3K "(RKKI "3K") to ensure the safety of the launch and operation of satellites in orbit. This was reported to TASS on Monday in the press service of the RTI Systems concern.

The complex monitors low-orbit space objects, performing automatic detection, tracking and measurement of coordinate and non-coordinate information. This allows you to quickly respond to emergency situations in orbit. Also, the 3K radar can monitor and account for space debris to minimize the risks of satellites operating in near space.

"Today, the task of creating a grouping of low-orbit communication satellites to ensure maximum broadband Internet coverage is urgent in the world. In this regard, there is a growing need for comprehensive monitoring of the operation of this constellation of satellites in orbit. The RKKI 3K developed by NIIDAR provides full control over both communication satellites delivered to orbit and already located there, which minimizes the occurrence of possible critical situations in their work, "the press service quotes the words of Yuri Anoshko, General Director of Concern RTI Systems JSC.

The radar station " 3K " is a stationary radar of the centimeter wave range, providing circular control within 2000 km. The station is designed using the technology of high factory readiness, which allows its installation in a short time.

The rights to this material belong to ТАСС
The material is placed by the copyright holder in the public domain
Страны
Россия
Компании
НИИДАР
РТИ им. Минца
Проекты
АРМИ-20XX
ИТ
Do you want to leave a comment? Register and/or Log in
Log in via Facebook
The Permanent Representative of the Russian Federation to international organizations in Vienna Ulyanov called the refusal of AUKUS to provide data on the union abnormal
In the USA, they were surprised by the size of the Su-75
The United States agrees with Stoltenberg on the inadmissibility of Russia's influence in the issue of NATO expansion
In the USA, it was proposed to ban "Solntsepeki" and "Pinocchio"
Putin signed the law on the powers of Roscosmos in the field of infrastructure construction
Korean aircraft carrier "won back" funding
Конфликты: Йемен - "забытая" война
The National Interest (США): российский танк Т-80 — это не шутка
Russia will offer India the technology of the Octopus tank
Шойгу счел необходимым построить в России еще несколько крупных городов
The State Duma appreciated the idea of banning the sale of grenades after the shooting at the MFC in Moscow
British military demanded $1.1 million for stuttering after Estonian frosts
Sasapost (Египет): американцы создают самый мощный лазер в истории. Что это значит?
Tank killer: the work of the PTKM-1R anti-roof mine was shown on video
Корпорация "Иркут" до конца 2018 года поставит ВКС РФ более 30 истребителей Су-30СМ
other topics discussed
2006-2021 © ВПК.name. All rights reserved.
When reprinting, link to ВПК.name required.
User agreement.
№ 21-PP in the register of information distributors.
18+
Website hosting: TimeWeb.