Afghanistan has replaced the commander-in-chief

The Afghan government is trying to maintain control over the country. Yesterday, on August 12, The Wall Street Journal newspaper reported that Afghan President Ashraf Ghani appointed Major General Haibatullah Alizai as the chief of staff of the Afghan army.

The head of the Special Operations Command of the Afghan National Army, Major General Alizai, has already accepted a new post. The previous chief of Staff, General Wali Mohammad Ahmadzai, was appointed to this position only in June of this year. 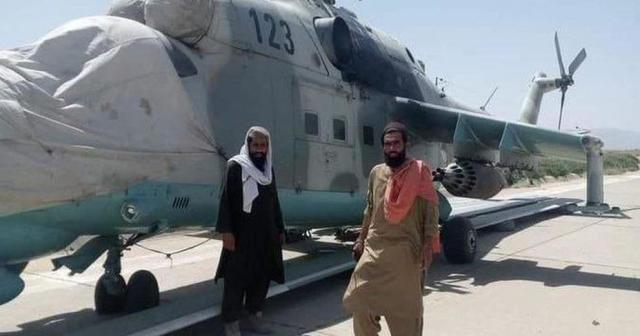 Taliban fighters at a helicopter at the airbase they captured in Kunduz. Earlier, this helicopter was presented to Afghanistan by India

In recent months, the "black turbans" have taken control of 9 of the 34 provincial capitals of Afghanistan. At the same time, the militants control two-thirds of the country's territory.

Territories of Afghanistan captured by the Taliban

Mazar-I-Sharif, with a population of half a million people, is the only major city in northern Afghanistan still under government control, its fall will allow the Taliban to gather their forces for a march on Kabul. According to unofficial data, American intelligence has updated the forecast of a possible fall of the capital of Afghanistan. If earlier such a scenario was calculated in the perspective of 6-12 months, then at the current pace of the militants ' offensive, Kabul may be in their hands in 1-3 months.