The chief designer of the module "Science" survived a stroke 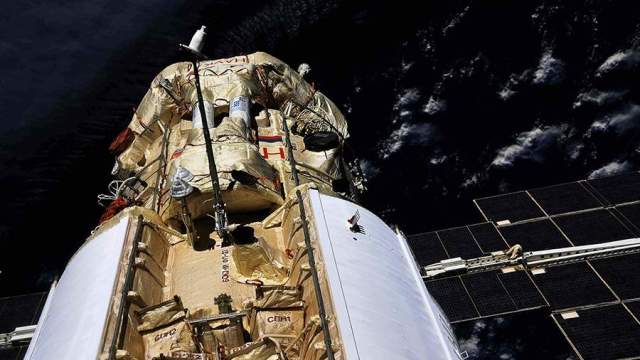 After the docking of the Nauka module with the International Space Station (ISS) its chief designer, Alexander Kuznetsov, was taken to the hospital with a suspected stroke. This was announced on Friday, August 13, according to a source in the rocket and space industry.

"On August 2, a few days after the completion of the eight — day flight of the Nauka module and its docking with the ISS, Alexander Kuznetsov was taken to the hospital with a suspected stroke. The enormous tension in the work of the members of the state commission, under the control of which the module was finalized and launched, was affected," the source told RIA Novosti.

It is reported that at the moment the designer is on the mend — he was discharged from the hospital.

In addition, it is noted that Kuznetsov, along with his colleagues, practically did not leave the room during the eight days of the module's flight.

Roscosmos explained that the operation of the engines was connected with the process of transferring the module from flight mode to the "docked with the ISS"mode.

The head of Roscosmos, Dmitry Rogozin, said that the flight of the Nauka module to the ISS caused the developer's worries, all the comments that arose will be analyzed by the state commission.

The module is intended for the implementation of the Russian program of scientific and applied research and experiments. In April, Roscosmos said that thanks to the Nauka module, it will be possible to conduct experiments in outer space without leaving the station, and an additional cabin for an astronaut will also appear.

The rights to this material belong to Известия.ru
The material is placed by the copyright holder in the public domain
Страны
Россия
Компании
Роскосмос
Персоны
Рогозин Дмитрий
Проекты
МКС
Do you want to leave a comment? Register and/or Log in
Log in via Facebook
The Permanent Representative of the Russian Federation to international organizations in Vienna Ulyanov called the refusal of AUKUS to provide data on the union abnormal
The United States agrees with Stoltenberg on the inadmissibility of Russia's influence in the issue of NATO expansion
In the USA, it was proposed to ban "Solntsepeki" and "Pinocchio"
Putin signed the law on the powers of Roscosmos in the field of infrastructure construction
Korean aircraft carrier "won back" funding
Конфликты: Йемен - "забытая" война
The National Interest (США): российский танк Т-80 — это не шутка
In the USA, they were surprised by the size of the Su-75
Russia will offer India the technology of the Octopus tank
Шойгу счел необходимым построить в России еще несколько крупных городов
The State Duma appreciated the idea of banning the sale of grenades after the shooting at the MFC in Moscow
British military demanded $1.1 million for stuttering after Estonian frosts
Sasapost (Египет): американцы создают самый мощный лазер в истории. Что это значит?
Tank killer: the work of the PTKM-1R anti-roof mine was shown on video
Корпорация "Иркут" до конца 2018 года поставит ВКС РФ более 30 истребителей Су-30СМ
other topics discussed
2006-2021 © ВПК.name. All rights reserved.
When reprinting, link to ВПК.name required.
User agreement.
№ 21-PP in the register of information distributors.
18+
Website hosting: TimeWeb.