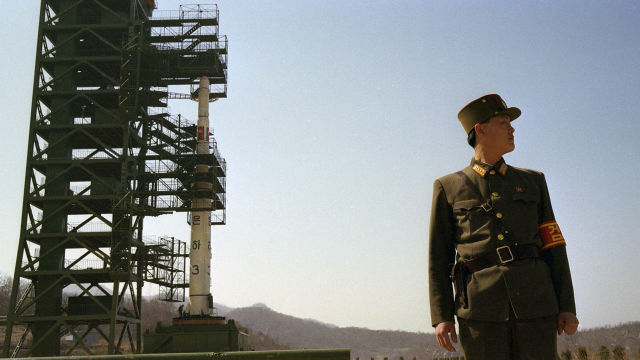 Hong Kong. August 11. INTERFAX - The head of the department of the Central Committee of the Workers ' Party of Korea, Kim Yong Chol, said that Seoul will regret the start of joint military exercises with the United States.

"We will make them feel every hour what a dangerous choice they have made, what a dangerous security crisis they themselves are approaching as a result of a wrong choice," Kim Yong Chol said in a statement published by KCNA.

He recalled that Seoul was given a choice whether to conduct exercises or not.

"But the South Korean authorities have now shown that the peace and trust that they advertised so much whenever the opportunity presented itself was just a play on words," Kim Yong Chol said.

According to him, the South Korean authorities "threw away the chance of improving inter-Korean relations with their own hands and responded to our goodwill with a hostile action."

"It is obvious that since South Korea and the United States have invariably chosen confrontation with our state, then we cannot make any other choice," he said.

A day earlier, the sister of North Korean leader Kim Jong-un and the deputy head of the department of the Central Committee of the Workers ' Party of Korea, Kim Yo-jung, criticized South Korea and the United States for conducting joint military exercises.

In her opinion, the military exercises are "the most vivid expression of the hostile policy of the United States towards the DPRK, aimed at forcibly suppressing our state."

"The joint military exercises are of an aggressive nature, since they are a rehearsal of war and a training of nuclear war, in order to fully prepare for the implementation of the operational plan, the essence of which is a pre - emptive strike against us...," she said.

The sister of the DPRK leader added that in order to establish peace on the Korean peninsula, it is necessary that "the United States withdraw its aggressive troops and military equipment deployed in South Korea."

"As long as American troops remain in South Korea, the root cause of the periodic aggravation of the situation on the Korean peninsula will not disappear," Kim Yo - jung believes.

Joint military exercises of South Korea and the United States are held annually in August.

On Tuesday, both countries began preliminary preparations for the exercises, which are scheduled to start next week.

Pyongyang has long opposed such exercises, condemning them as a rehearsal for an invasion.

The rights to this material belong to Интерфакс-АВН
The material is placed by the copyright holder in the public domain
Страны
КНДР
США
Южная Корея
Персоны
Ким Чен Ын
Проекты
Военные учения
Ядерный щит
Do you want to leave a comment? Register and/or Log in
Log in via Facebook
The Permanent Representative of the Russian Federation to international organizations in Vienna Ulyanov called the refusal of AUKUS to provide data on the union abnormal
In the USA, they were surprised by the size of the Su-75
The United States agrees with Stoltenberg on the inadmissibility of Russia's influence in the issue of NATO expansion
In the USA, it was proposed to ban "Solntsepeki" and "Pinocchio"
Putin signed the law on the powers of Roscosmos in the field of infrastructure construction
Korean aircraft carrier "won back" funding
Конфликты: Йемен - "забытая" война
The National Interest (США): российский танк Т-80 — это не шутка
Russia will offer India the technology of the Octopus tank
Шойгу счел необходимым построить в России еще несколько крупных городов
The State Duma appreciated the idea of banning the sale of grenades after the shooting at the MFC in Moscow
British military demanded $1.1 million for stuttering after Estonian frosts
Sasapost (Египет): американцы создают самый мощный лазер в истории. Что это значит?
Tank killer: the work of the PTKM-1R anti-roof mine was shown on video
Корпорация "Иркут" до конца 2018 года поставит ВКС РФ более 30 истребителей Су-30СМ
other topics discussed
2006-2021 © ВПК.name. All rights reserved.
When reprinting, link to ВПК.name required.
User agreement.
№ 21-PP in the register of information distributors.
18+
Website hosting: TimeWeb.