Taliban leaders in Afghanistan have promised not to attack neighboring countries, Shoigu said 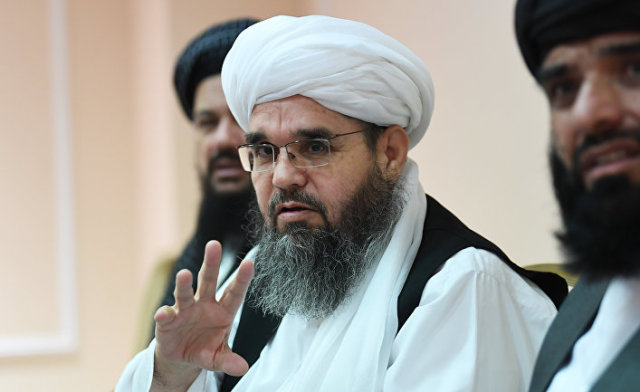 "Its leaders say that we will not make any destructive attempts to stop the border, to attack neighboring territories, "Shoigu said on Tuesday at a meeting with participants of the All-Russian youth educational forum"Territory of Meanings".

He said that the Taliban recently took over the Afghan Kunduz, controls the border with Uzbekistan and Tajikistan.

"If you are aware of those areas, Kunduz is a fairly large and serious such center. For us, what is important is that the border with Uzbekistan and Tajikistan, it is also taken under control by the Taliban, " Shoigu said.

The Russian Defense Minister said that against the background of the withdrawal of US troops from Afghanistan, the Taliban began to squeeze out government forces everywhere.

"Of course, a holy place is never empty, a gradual squeezing of government forces from all territories has begun," Shoigu said. According to him, now the United States and its allies, including European and Australian colleagues, are withdrawing troops from Afghanistan - "in general, there is virtually no one left there."

The Minister called the recent military exercises of Russia, Uzbekistan and Tajikistan near the Afghan border successful.

"The exercises were held at the highest level, and we will continue to conduct such exercises in order to, as they used to say in literary language, "keep the powder dry," Shoigu said.

"We decided to hold two exercises together with our colleagues, one Russian-Uzbek, we held it, the second is a triple exercise - Tajikistan, Uzbekistan and Russia. It was held at the highest level, we checked how ready we are. We have checked how ready we are for these conditions. We looked at how and what can be used in these conditions. Of course, we looked at the weak points, " he said.

Shoigu said that Russia is helping to modernize the armies of the Central Asian countries, they should be able to respond to threats.

"It is extremely important for us that our colleagues, our allies, our CSTO partners are ready for this. Naturally, we are doing everything for this," the minister said.

The rights to this material belong to Интерфакс-АВН
The material is placed by the copyright holder in the public domain
Страны
Австpалия
Афганистан
Казахстан
Киргизия
Россия
США
Таджикистан
Узбекистан
Компании
Минoбороны РФ
ОДКБ
Персоны
Шойгу Сергей
Проекты
Военные учения
Do you want to leave a comment? Register and/or Log in
Log in via Facebook
The Permanent Representative of the Russian Federation to international organizations in Vienna Ulyanov called the refusal of AUKUS to provide data on the union abnormal
The United States agrees with Stoltenberg on the inadmissibility of Russia's influence in the issue of NATO expansion
In the USA, they were surprised by the size of the Su-75
The National Interest (США): российский танк Т-80 — это не шутка
Korean aircraft carrier "won back" funding
Шойгу счел необходимым построить в России еще несколько крупных городов
The State Duma appreciated the idea of banning the sale of grenades after the shooting at the MFC in Moscow
British military demanded $1.1 million for stuttering after Estonian frosts
Sasapost (Египет): американцы создают самый мощный лазер в истории. Что это значит?
Tank killer: the work of the PTKM-1R anti-roof mine was shown on video
Корпорация "Иркут" до конца 2018 года поставит ВКС РФ более 30 истребителей Су-30СМ
Как России зарабатывать больше на продаже вооружений
Putin signed the law on the powers of Roscosmos in the field of infrastructure construction
In the USA, they called the advantages of the Russian "Sun"
Американский эксперт назвал пять мощнейших российских танков
other topics discussed
2006-2021 © ВПК.name. All rights reserved.
When reprinting, link to ВПК.name required.
User agreement.
№ 21-PP in the register of information distributors.
18+
Website hosting: TimeWeb.