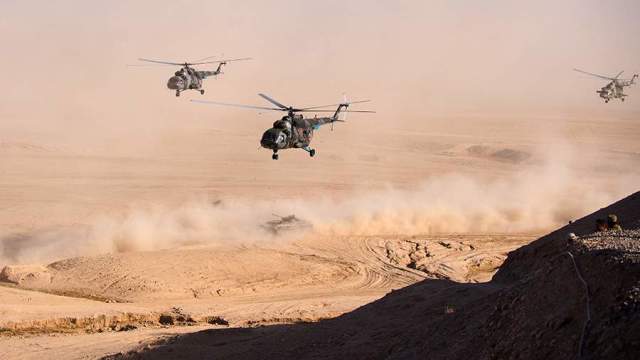 The military exercises of Russia, Tajikistan and Uzbekistan, which are taking place on the border with Afghanistan, will be continued in order to keep the "powder dry". This was announced on Tuesday, August 10, by Russian Defense Minister General of the country's army Sergei Shoigu during the youth educational forum "Territory of Meanings".

"The exercises were held at the highest level, and we will continue to conduct such exercises in order to, as they used to say, in literary language, "keep the powder dry," the Minister of War said.

He added that the military events were held at the "highest level", which made it possible to check the level of training of military personnel, as well as their weaknesses.

Earlier in the day, on August 10, the commander of the Central Military District, Colonel General Alexander Lapin, announced the completion of joint military exercises on the border of Afghanistan with the participation of 2.5 thousand people.

On August 9, it became known that Russian aviation, as part of exercises on the border of Tajikistan, intends to work out the destruction of manpower and equipment of a potential enemy with rocket and bomb attacks.

Earlier, on August 8, Russian servicemen returned to their places of deployment from Uzbekistan after conducting an exercise on the border with Afghanistan. About 1.5 thousand servicemen of the Armed Forces of the Russian Federation and Uzbekistan took part in the exercise. The maneuvers were held from 2 to 6 August.

The situation in Afghanistan has worsened against the background of the US withdrawal of its military, who have been in the country for 20 years. During this time, it has not been possible to achieve a stable peace in the region and to establish the political situation in the country. The withdrawal of troops began in early May, it is planned to complete it by the end of August.