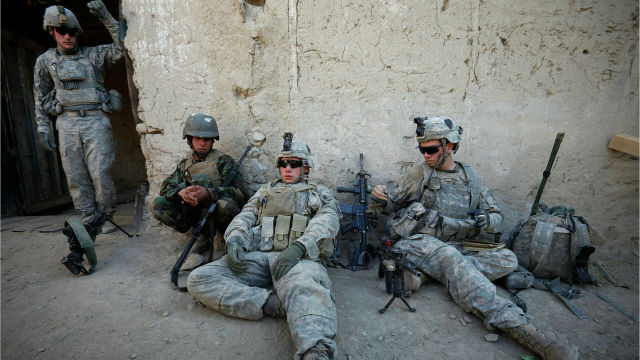 Moscow. July 27. INTERFAX-Forecasts about how the withdrawal of US troops from Iraq will affect the situation in the region are still premature, but the Kremlin would not like this country to join the list of unstable territories, said the press secretary of the President of the Russian Federation Dmitry Peskov.

"It is too early to anticipate events now, but I would not like, in general, to add another territory to the regional potential of instability," he told reporters, answering a corresponding question.

According to Peskov, the Kremlin is closely monitoring the situation in Iraq.

At the same time, he noted that the situation in this country is different from the Afghan one, since "a considerable number of so-called military advisers remain there, apparently."

"It is obvious that the situation in Iraq and Afghanistan is completely different, and it is unlikely that any parallels can be drawn here, but we all would like the general conflict potential in the region not to grow with some new episodes," he added.

Peskov also drew attention to the fact that earlier the US authorities had stated that sooner or later they would withdraw their military from Iraq, so this decision was not news to the Kremlin.

The Kremlin representative was also asked whether there could be any forces in Iraq that are currently banned in Russia, but with which Moscow could potentially negotiate.

"First of all, we are, of course, aimed at continuing contacts and developing our relations with the Iraqi government, with the leadership of Iraq. We are interested in this," Peskov replied.