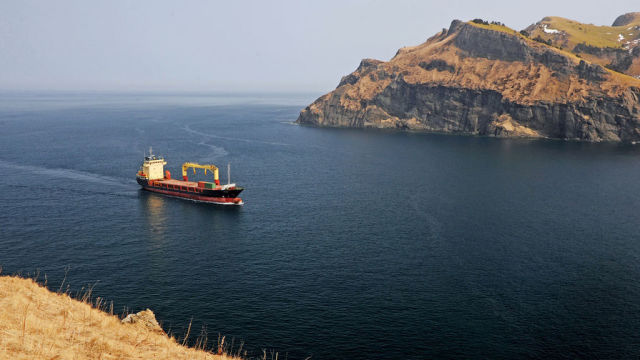 Moscow. July 26. INTERFAX-A peace treaty could put an end to the dispute between Russia and Japan over the ownership of the Southern Kurils, said Dmitry Peskov, the press secretary of the President of the Russian Federation.

"A peace treaty can put an end to this story," he told reporters on Monday, answering a corresponding question.

At the same time, the Kremlin representative noted that Russian President Vladimir Putin has been making significant efforts for many years to achieve the conclusion of this agreement.

"There are well - known difficulties and difficulties on this path, but despite their presence, at least on the part of Russia there is a firm political will to develop good relations with our eastern neighbor, with Japan," Peskov said.

According to him, Russia highly values economic and investment cooperation with Japan and looks forward to its continuation.

At the same time, Peskov refrained from answering the question whether there is any condition for concluding a peace treaty.

"I would prefer not to formulate any conditions so unambiguously. This is a very complex substance, but it is really necessary for the further development of our relations," he explained.

The rights to this material belong to Интерфакс-АВН
The material is placed by the copyright holder in the public domain
Страны
Россия
Япония
Персоны
Путин Владимир
Comments [2]
№1
ID: 20157
Remote / Спам
№2

Mihoel 1
27.07.2021 05:35
Ну пока японцы в союзе с США, самураи не откажутся от Курил.
0
Inform
Do you want to leave a comment? Register and/or Log in
Log in via Facebook
The Permanent Representative of the Russian Federation to international organizations in Vienna Ulyanov called the refusal of AUKUS to provide data on the union abnormal
The United States agrees with Stoltenberg on the inadmissibility of Russia's influence in the issue of NATO expansion
In the USA, they were surprised by the size of the Su-75
In the USA, it was proposed to ban "Solntsepeki" and "Pinocchio"
Putin signed the law on the powers of Roscosmos in the field of infrastructure construction
Korean aircraft carrier "won back" funding
Конфликты: Йемен - "забытая" война
The National Interest (США): российский танк Т-80 — это не шутка
Russia will offer India the technology of the Octopus tank
Шойгу счел необходимым построить в России еще несколько крупных городов
The State Duma appreciated the idea of banning the sale of grenades after the shooting at the MFC in Moscow
British military demanded $1.1 million for stuttering after Estonian frosts
Sasapost (Египет): американцы создают самый мощный лазер в истории. Что это значит?
Tank killer: the work of the PTKM-1R anti-roof mine was shown on video
Корпорация "Иркут" до конца 2018 года поставит ВКС РФ более 30 истребителей Су-30СМ
other topics discussed
2006-2021 © ВПК.name. All rights reserved.
When reprinting, link to ВПК.name required.
User agreement.
№ 21-PP in the register of information distributors.
18+
Website hosting: TimeWeb.