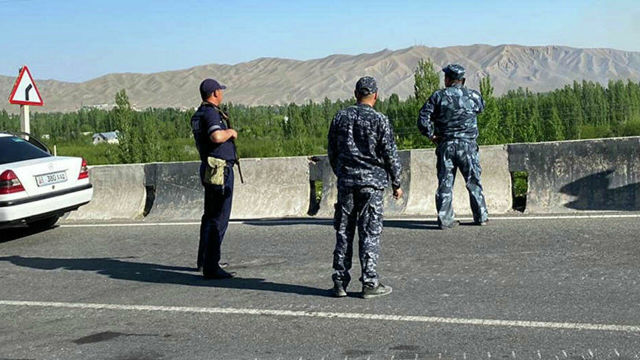 Bishkek. July 24. INTERFAX - A shootout took place between the border guards of Kyrgyzstan and Tajikistan on the Batken section of the border, the Border Service of the State Committee for National Security of Kyrgyzstan reported on Saturday.

"In the Kum-Mazar area of the Batken district of the Batken region of Kyrgyzstan, residents of the border area of Tajikistan began to carry out measures to clean up the site without the consent of the Kyrgyz side, which led to a conflict," the Border Service reported.

According to her, border guards of Kyrgyzstan, representatives of local authorities and local residents arrived at the place.

"The Tajik side did not obey the demands of the Kyrgyz side to stop the work. Citizens of Tajikistan tried to beat a citizen of Kyrgyzstan. The verbal altercation turned into a fight and throwing stones at each other. During the conflict, Tajik border guards fired shots in the direction of Kyrgyzstan. The Kyrgyz border guards fired back in the direction of Tajikistan, " the Border Service reported.

As a result of the exchange of fire, there are no wounded or injured on the Kyrgyz side.

"Currently, a meeting at the level of border representatives of the parties with the participation of representatives of local self-government bodies and law enforcement agencies is being held in the area of Kum-Mazar. The situation is characterized as stable, " the Border Service added.