Star (Turkey): what should we do in Afghanistan?! 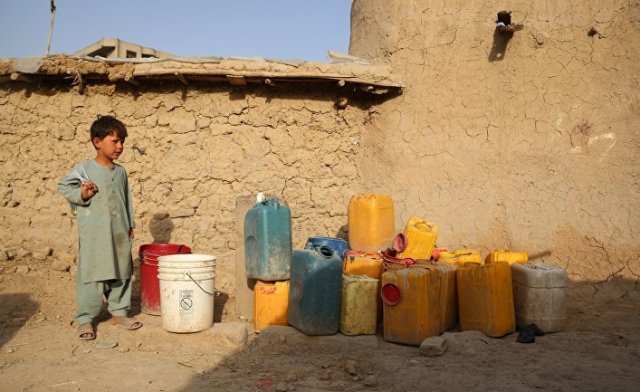 The Turkish opposition and many ordinary citizens do not like the idea of staying in Afghanistan, ostensibly to protect the airport in Kabul, while NATO forces are withdrawing their contingent from the country. While the Taliban are threatening to expel the Turkish military by force, a columnist of a pro-government newspaper decided to explain to readers why it is extremely important for Turkey to stay in this region.

The columnist of the pro-government newspaper "Star" Resul Tosun (Resul Tosun) responds to criticism, which is heard mainly from the opposition circles of Turkey regarding the preservation of the Turkish military presence in Afghanistan.

It is emphasized that diplomatic relations between Turkey and Afghanistan were established in 1921, the Turkish Embassy is the first diplomatic mission opened in Kabul, Turkey has played an important role in the development of the main government institutions of Afghanistan, the largest program of foreign aid to Turkey ($1.1 billion) had been sent to Afghanistan, the Turkish military in Afghanistan since 2001 in the framework of the NATO mission, even the Taliban (a terrorist organization banned in Russia - approx. ed.) refrains from attacking Turkish military, Turkey is in a supportive relationship with the Afghan Central government enjoys the confidence and respect of the Afghan people.

The presence in Afghanistan is important from the point of view of having a voice in the geopolitics of the Middle East, the journalist sums up.

The rights to this material belong to ИноСМИ
The material is placed by the copyright holder in the public domain
InoSMI materials contain ratings exclusively from foreign media and do not reflect the editorial board's position ВПК.name
Страны
Афганистан
Россия
Турция
Проекты
NATO
Do you want to leave a comment? Register and/or Log in
Log in via Facebook
The Permanent Representative of the Russian Federation to international organizations in Vienna Ulyanov called the refusal of AUKUS to provide data on the union abnormal
The United States agrees with Stoltenberg on the inadmissibility of Russia's influence in the issue of NATO expansion
In the USA, it was proposed to ban "Solntsepeki" and "Pinocchio"
Putin signed the law on the powers of Roscosmos in the field of infrastructure construction
Korean aircraft carrier "won back" funding
Конфликты: Йемен - "забытая" война
The National Interest (США): российский танк Т-80 — это не шутка
In the USA, they were surprised by the size of the Su-75
Russia will offer India the technology of the Octopus tank
Шойгу счел необходимым построить в России еще несколько крупных городов
The State Duma appreciated the idea of banning the sale of grenades after the shooting at the MFC in Moscow
British military demanded $1.1 million for stuttering after Estonian frosts
Sasapost (Египет): американцы создают самый мощный лазер в истории. Что это значит?
Tank killer: the work of the PTKM-1R anti-roof mine was shown on video
Корпорация "Иркут" до конца 2018 года поставит ВКС РФ более 30 истребителей Су-30СМ
other topics discussed
2006-2021 © ВПК.name. All rights reserved.
When reprinting, link to ВПК.name required.
User agreement.
№ 21-PP in the register of information distributors.
18+
Website hosting: TimeWeb.