HyperPort will allow you to move cargo containers at transonic speeds 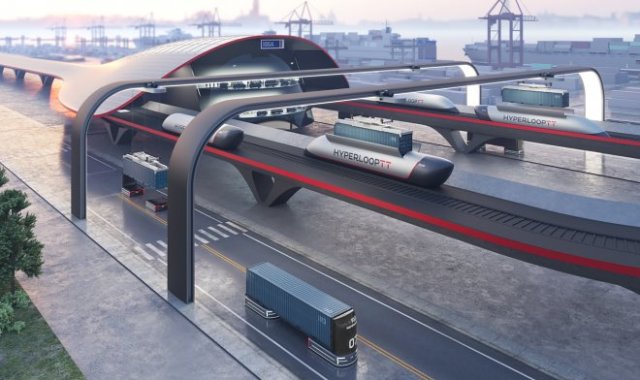 The company Hyperloop Transport Technologies has announced a new logicological system of the future called HyperPort. Its daily capacity will be up to 2,800 containers, which will move hundreds of kilometers in a matter of minutes.

The system is a closed tube of large diameter, from which air is pumped out. Special magnetic accelerators will be able to accelerate cargo and capsules with passengers to huge speeds. This is about 900-1000 km / h. This speed is comparable to the speed of a modern passenger aircraft, and even a little more. 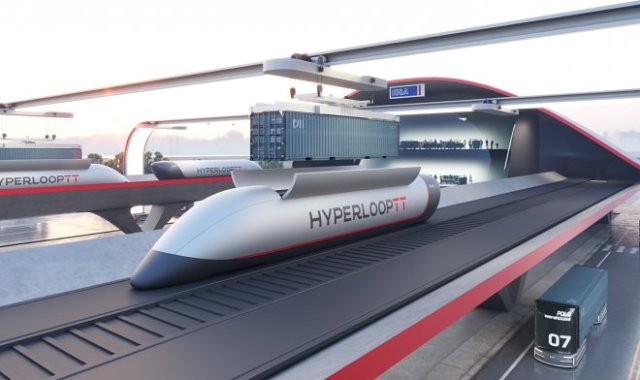 Such a transport system is very similar to vacuum tubes for mailing mail and small goods, which were common in the middle of the last century in some institutions in America and Europe. But here is a completely different scale. At the moment, large-scale operating models and small test sites are already ready, but the main work is still ahead. 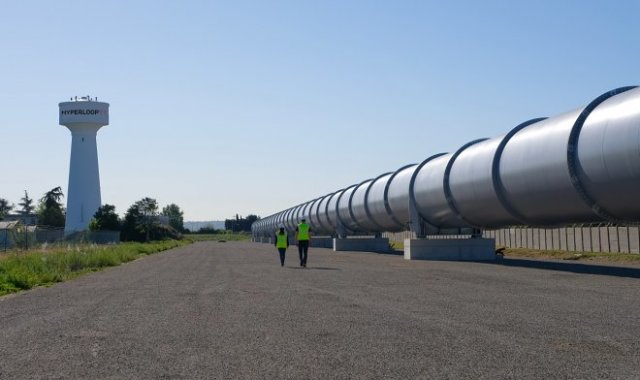 It is necessary to solve a number of technical difficulties. In particular, it is necessary to finalize especially strong and hermetic valves, pumps that will ensure complete sealing of the high-speed track. When the work is completed, the company is going to attract investments for the practical implementation of an ambitious project. It is believed that such a transport system may well compete with classical rail or road transport.

The rights to this material belong to Техкульт
The material is placed by the copyright holder in the public domain
Original publication
Страны
США
Do you want to leave a comment? Register and/or Log in
Log in via Facebook
The United States agrees with Stoltenberg on the inadmissibility of Russia's influence in the issue of NATO expansion
In the USA, they were surprised by the size of the Su-75
The Permanent Representative of the Russian Federation to international organizations in Vienna Ulyanov called the refusal of AUKUS to provide data on the union abnormal
The National Interest (США): российский танк Т-80 — это не шутка
Korean aircraft carrier "won back" funding
Шойгу счел необходимым построить в России еще несколько крупных городов
The State Duma appreciated the idea of banning the sale of grenades after the shooting at the MFC in Moscow
British military demanded $1.1 million for stuttering after Estonian frosts
Sasapost (Египет): американцы создают самый мощный лазер в истории. Что это значит?
Tank killer: the work of the PTKM-1R anti-roof mine was shown on video
Корпорация "Иркут" до конца 2018 года поставит ВКС РФ более 30 истребителей Су-30СМ
Как России зарабатывать больше на продаже вооружений
Putin signed the law on the powers of Roscosmos in the field of infrastructure construction
In the USA, they called the advantages of the Russian "Sun"
Американский эксперт назвал пять мощнейших российских танков
other topics discussed
2006-2021 © ВПК.name. All rights reserved.
When reprinting, link to ВПК.name required.
User agreement.
№ 21-PP in the register of information distributors.
18+
Website hosting: TimeWeb.