Russia plans to export $15 billion worth of weapons in 2021 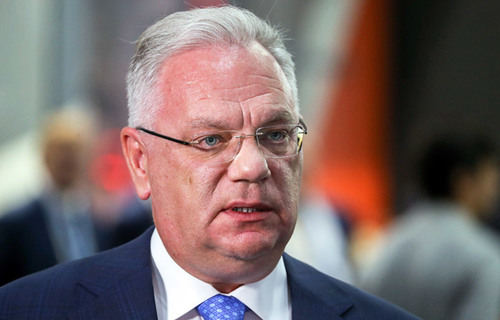 The volume of Russian arms exports in 2021, according to preliminary estimates, will amount to about $15 billion. This was announced on Wednesday, June 23, by the director of the Federal Service for Military-Technical Cooperation (FSMTC) Dmitry Shugaev.

"According to preliminary forecasts, in 2021, the volume of exports of PVN [military products. - Ed.] will not change significantly. The order portfolio for the beginning of 2021 is more than $50 billion and continues to be held at this level at the present time, "RIA Novosti quotes Shugaev as saying.

He noted that the volume of Russian arms exports in 2021 will be close to the figures of last year and will amount to about $15 billion.

Shugaev added that the pandemic has become a serious test and has led to a reduction in the volume of purchases of weapons and military equipment from some large buyers.

According to experts, this year and next, demand may decrease by 10%, and the return of the world market to pre-crisis volume, that is, to about $100 billion a year, can be expected around 2023-early 2024, the head of the Federal Customs Service noted.

"In settlements with partners, for well-known reasons, an increasing preference is given to alternative currencies to the US dollar, primarily the Russian ruble," Shugaev concluded.

On June 22, Russian Foreign Minister Sergei Lavrov said that Moscow and Caracas continue negotiations on the supply of new batches of weapons. He noted that Russia is ready to continue to help the Latin American republic in strengthening its defense capability.


In February, the general director of Rosoboronexport, Alexander Mikheev, said that Russia is constantly expanding military-technical cooperation with foreign countries, despite Western sanctions.

Russia consistently ranks second in the world in terms of arms exports. In March 2020, the Stockholm International Peace Research Institute reported in its report that from 2015 to 2019, the volume of global arms trade increased by 5.5% compared to the period 2010-2014. The United States and Russia remain the main arms exporters.

It was noted that the share of Russia's military exports over the past five years amounted to 21% of the world volume. During this period, 47 countries acquired Russian weapons. The regional distribution looks like this: 55% of the total sales were to India, China and Algeria, 57% - to Asia and Oceania, 19% - to the Middle East (mainly Egypt and Iraq), 17% - to Africa, 5.7% of weapons were delivered to Europe and 0.8% - to North and South America.