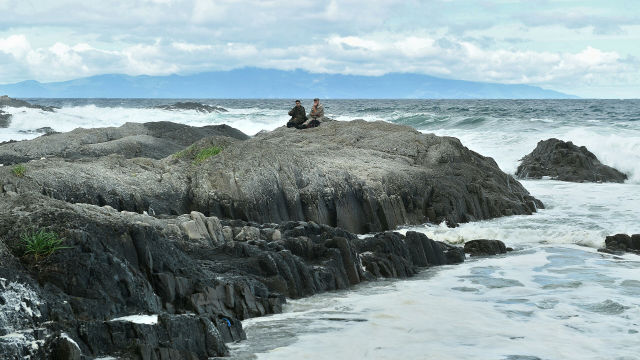 "We believe that President Putin's statements once again demonstrate his intention to continue negotiations on a peace treaty, and we intend to continue to persist in negotiations based on our basic position - the settlement of the territorial dispute and the conclusion of a peace treaty," NHK quoted Katsunobu Kato as saying during a press conference.

Referring to the discussion of joint economic activities, he noted that Japan will continue to negotiate with the Russian Federation on the implementation of projects in a way "that would not contradict the legal position of both countries."

Putin said last Friday that Russia is ready to continue negotiations with Japan on the conclusion of a post-war peace treaty.

"Both Russia and Japan share a strategic interest in concluding a peace treaty, "Putin said in response to a question from Japan's Kyodo news agency during an online press conference with the leaders of the world's largest news agencies.

"We are ready to continue negotiations," the Russian president said.

Kyodo draws attention to the fact that this statement of the Russian leader was made against the background of suggestions that the amendment to the Constitution of the Russian Federation, which prohibits the transfer of Russian territory to any foreign power, will not allow Moscow to participate in negotiations on the settlement of the territorial dispute with Tokyo.

After the conversation, Suga told reporters that he told Putin about the desire to develop Japanese-Russian relations, and that the solution to the territorial dispute "should not be left to subsequent generations."

The rights to this material belong to Интерфакс-АВН
The material is placed by the copyright holder in the public domain
Страны
Россия
Япония
Персоны
Путин Владимир
Do you want to leave a comment? Register and/or Log in
Log in via Facebook
The Permanent Representative of the Russian Federation to international organizations in Vienna Ulyanov called the refusal of AUKUS to provide data on the union abnormal
The United States agrees with Stoltenberg on the inadmissibility of Russia's influence in the issue of NATO expansion
In the USA, they were surprised by the size of the Su-75
The National Interest (США): российский танк Т-80 — это не шутка
Korean aircraft carrier "won back" funding
Шойгу счел необходимым построить в России еще несколько крупных городов
The State Duma appreciated the idea of banning the sale of grenades after the shooting at the MFC in Moscow
British military demanded $1.1 million for stuttering after Estonian frosts
Sasapost (Египет): американцы создают самый мощный лазер в истории. Что это значит?
Tank killer: the work of the PTKM-1R anti-roof mine was shown on video
Корпорация "Иркут" до конца 2018 года поставит ВКС РФ более 30 истребителей Су-30СМ
Как России зарабатывать больше на продаже вооружений
Putin signed the law on the powers of Roscosmos in the field of infrastructure construction
In the USA, they called the advantages of the Russian "Sun"
Американский эксперт назвал пять мощнейших российских танков
other topics discussed
2006-2021 © ВПК.name. All rights reserved.
When reprinting, link to ВПК.name required.
User agreement.
№ 21-PP in the register of information distributors.
18+
Website hosting: TimeWeb.