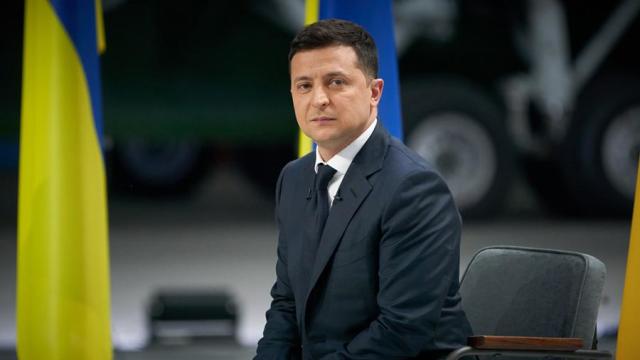 Ukrainian President Volodymyr Zelensky met with a group of US senators and discussed with them the possibility of increasing military assistance to the country. This was announced on June 2 by American politicians at a briefing following the meeting.

"We have received a clear picture of the challenges and problems faced by the Ukrainian army and people in the war zone, and this will give us additional arguments to convince us to continue providing much — needed assistance to Ukraine upon our return to the United States, "Radio Liberty quotes Portman.

According to the parliamentarian, during the meeting, the issue of increasing assistance to Ukraine "to strengthen its combat capability"was raised.

"President Zelensky offered us a virtual tour to the demarcation line, where the military command reported on the current situation. We also discussed other assistance that we can provide, both in the economy, and in reforms, and even in countering Russian disinformation, " the senator added.

On May 25, Zelensky submitted to the Verkhovna Rada bills aimed at increasing the size of the country's armed forces.

The day before, Russian Foreign Minister Sergei Lavrov said that the United States and its NATO allies are increasing military activity on the territory of Ukraine and in the Black Sea. He noted that only in 2021, seven joint military exercises with NATO countries are planned to be held on the territory of Ukraine, and the Ukrainian military is participating in the largest NATO exercises Defender Europe 2021.

Earlier, on May 7, the head of the Kiev delegation to the contact group on the Donbas, Leonid Kravchuk, said that in the future Ukraine will develop military cooperation with the United States and other NATO countries and that Kiev can count on the supply of lethal weapons.


Since 2014, Kiev has been conducting a military operation against the residents of Donbass, who refused to recognize the results of the coup and the new government in Ukraine. At the same time, the Ukrainian authorities blame Russia for the current situation. Moscow has repeatedly noted that it is not a party to the internal Ukrainian conflict. The settlement issues are discussed in the Minsk and Normandy formats.