Delegates from more than 100 countries will attend the security conference 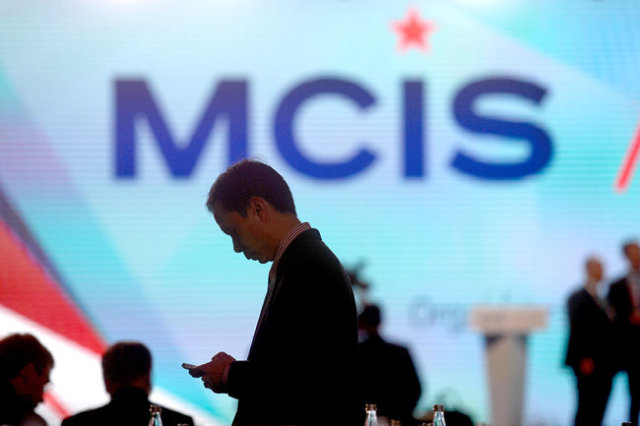 From June 22 to 24, the Moscow Conference on International Security will be held in the Russian capital for the ninth time. "We were informed of our readiness to participate in the discussions by delegations headed by the heads of defense departments and commanders of the armed forces of 49 states, heads of six international organizations and more than a hundred authoritative Russian and foreign experts," Major General Yevgeny Ilyin, First Deputy Head of the Main Department for International Military Cooperation of the Russian Defense Ministry, said at a briefing for foreign military attaches on Wednesday, June 2. More than a hundred officers from the CIS, Asia, Africa, Europe and Latin America participated in this conversation.

In total, according to Ilyin, more than 600 delegates from more than 100 countries of the world confirmed their participation in the conference. The general recalled that this year Russia invited the heads of military departments of 119 countries to talk. No exceptions were made even for representatives of states that froze cooperation with the Russian Defense Ministry. "The Moscow Conference is traditionally an open platform, where all participants, without exception, are given the opportunity to express their views and assessments," Ilyin explained.

He recalled that the conference was not held last year. It was postponed due to the coronavirus pandemic. This year, both full-time participation of delegations and the possibility of joining the discussion via videoconference are provided. The General explained that delegates who will not be able to attend the forum or get in touch online will be able to send their speeches to demonstrate the recordings at the plenary sessions and then post them on the official forum page. Ilyin emphasized that not a single performance will be lost."

According to him, the plenary sessions of the conference will be devoted to strategic stability and the uncontrolled proliferation of weapons of mass destruction and their means of delivery, cyber threats, the problems of the Asia-Pacific region and the danger of an arms race there, the COVID-19 pandemic. The forum participants will also discuss information security, including countering the falsification of history and the use of fake news.

Separate sessions will focus on military and military-technical cooperation in Africa and the Middle East, the transition to economic development in Syria, threats and challenges in Latin America, as well as security measures on the Old Continent. "We propose to consider the issues of strengthening military activity in Europe, discuss steps to strengthen confidence-building measures, increase the transparency of military activities, and restore a multilateral dialogue in the security sphere. We believe that within the framework of this discussion, it would be possible to discuss the consequences of the destruction of the arms control system in Europe, as well as the further development of security in the so-called post - INF era," Ilyin added.

The main events of the conference are scheduled for June 23 and 24. And on the 22nd, the participants will be shown the museum complex "Road of Memory" and the Main Temple of the Armed Forces of the Russian Federation. A trip to the 100th separate support regiment is also planned.

General Ilyin also recalled that a special section dedicated to the Moscow Conference on International Security was opened on the website of the Russian Defense Ministry.

The rights to this material belong to Российская газета
The material is placed by the copyright holder in the public domain
Страны
Россия
Сирия
США
Компании
Минoбороны РФ
Проекты
РСМД
Do you want to leave a comment? Register and/or Log in
Log in via Facebook
The United States agrees with Stoltenberg on the inadmissibility of Russia's influence in the issue of NATO expansion
The Permanent Representative of the Russian Federation to international organizations in Vienna Ulyanov called the refusal of AUKUS to provide data on the union abnormal
In the USA, it was proposed to ban "Solntsepeki" and "Pinocchio"
Putin signed the law on the powers of Roscosmos in the field of infrastructure construction
Korean aircraft carrier "won back" funding
Конфликты: Йемен - "забытая" война
The National Interest (США): российский танк Т-80 — это не шутка
In the USA, they were surprised by the size of the Su-75
Russia will offer India the technology of the Octopus tank
Шойгу счел необходимым построить в России еще несколько крупных городов
The State Duma appreciated the idea of banning the sale of grenades after the shooting at the MFC in Moscow
British military demanded $1.1 million for stuttering after Estonian frosts
Sasapost (Египет): американцы создают самый мощный лазер в истории. Что это значит?
Tank killer: the work of the PTKM-1R anti-roof mine was shown on video
Корпорация "Иркут" до конца 2018 года поставит ВКС РФ более 30 истребителей Су-30СМ
other topics discussed
2006-2021 © ВПК.name. All rights reserved.
When reprinting, link to ВПК.name required.
User agreement.
№ 21-PP in the register of information distributors.
18+
Website hosting: TimeWeb.