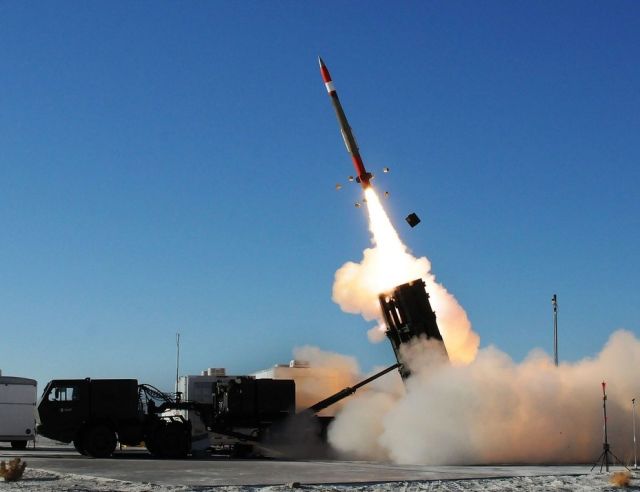 TSAMTO, May 25. Lockheed Martin Corporation announced the delivery of the first batch of PAC-3 MSE (Missile Segment Enhancement) interceptor missiles to Sweden as part of a contract signed in 2018 for the supply of Patriot air defense systems.

The PAC-3 MSE is equipped with a dual-pulse solid-fuel rocket engine, which provides improved performance in both altitude and range. The SUHR ensures that the target is hit with a direct hit (hit-to-kill). The powerplant and improved airframe provide the missile with greater maneuverability when intercepting faster tactical ballistic missiles and cruise missiles.

As reported by TSAMTO, on August 2, 2018, the Swedish government, after summing up the results of the tender, authorized the Swedish Armed Forces Material Support Agency (FMV) to conclude a contract with the US authorities for the supply of four air defense system batteries/About the Patriot, missiles, related equipment and spare parts. The aim of the project is to supply the Swedish Armed Forces with a new missile defense/air defense system, which should be fully operational no later than 2025.

In February 2018, the US Department of State approved the potential delivery to Sweden under the Foreign Military Sales program of four upgraded Patriot air defense systems in the PAC-3 + configuration, including the AN/MPQ-65 radar, 12 M903 launchers, 100 MIM-104E (GEM-T) missiles, 200 PAC-3 MSE (Missile Segment Enhancement) missiles, and other equipment and services. The full value of the sale was estimated at $ 3.2 billion.

In early August 2018, representatives of the governments of Sweden and the United States signed a letter of offer and acceptance of the offer to purchase the Patriot basic kit. The final cost of the agreement is not disclosed, however, as previously reported, the cost of the initial package should be about $ 1.2 billion. The cost of the US State Department-approved sales kit is significantly higher, since the FMV request specified the most complete list of equipment for equipping 4 batteries.

In particular, at the first stage, it is planned to purchase a minimum package of missiles necessary for the organization of combat duty and training of personnel. In the future, an option for the supply of the main batch of missiles may be implemented, which will increase the sale value to $ 3 billion.

The initial contract worth $ 692.9 million for the supply of Patriot air defense systems to the Swedish Armed Forces was signed with Raytheon in December 2018.