The armed forces of Egypt received the radar " Ground Master-400" 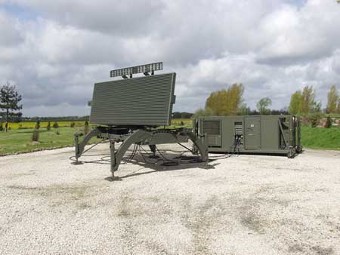 "Ground Master-400" is a multifunctional three-axis S-band radar (2.9-3.3 GHz), produced by a joint venture of Thales and Raytheon – ThalesRaytheonSystems (TRS).

The radar is designed to detect, identify and track air targets of various types, including aircraft, helicopters,UAVs, missiles, rockets and mortar ammunition, and can be used for air defense and artillery reconnaissance.

The radar is designed on the basis of a 20-foot container with a lifting antenna. The station can be delivered in mobile and transportable versions. The minimum target detection range is 5 km, the instrumental detection range is 515 km, and the detection height is 30 km. The range of detection of a target of the "fighter" type is 450 km, a cruise missile – 250 km.

At the moment, more than 70 GM-400 radars have been sold to 15 countries around the world.