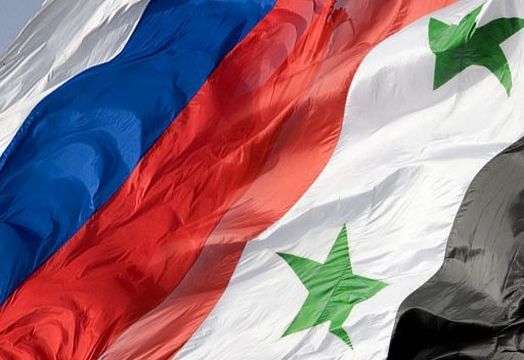 Moscow. May 13. INTERFAX-The United States opposes the repatriation of Syrian citizens and the post-war reconstruction of the country, destabilizes the social and economic situation in the republic, and illegally occupies the territories of the state, the interdepartmental coordination headquarters of the Russian Federation and the Syrian Arab Republic say.

"We demand that the United States stop exerting a destabilizing influence on the social and economic situation in the Syrian Arab Republic and immediately return all illegally occupied territories of Syria to the control of the government of the republic, as well as lift illegitimate sanctions," the statement said on Thursday.

It notes that " the United States opposes the repatriation of Syrian citizens and the post-war reconstruction of the country."

"On the US-controlled Internet resources, materials are placed, the authors of which inculcate a false opinion about the life of the population in the Syrian Arab Republic," the statement said.

The parties inform that, according to the Office of the UN High Commissioner for Refugees, it is in the neighboring countries of Syria that there is a sharp deterioration in the living conditions of Syrian refugees.

"The greatest number of migrants' requests for help is related to the lack of food, drinking water, construction materials, housing and medicines. Even according to the biased international organization Human Rights Watch, the death rate of refugees from coronavirus infection in Lebanon is three times higher than that of local citizens, " the statement said.

"The situation in the Al-Khol refugee camp under their control also testifies to the destructiveness of the US approaches to the settlement of the situation in Syria. The camp continues to have a high level of crime, a lack of food, poor water quality, poor medical care, and the presence of several thousand street children whose parents have died or are missing," the document says.

Due to the serious security problems in the camp, most humanitarian organizations are unable to carry out their activities.

"Despite the operation carried out to identify terrorist cells and their accomplices, the killings in Al-Khol continue. At the same time, during this operation, a number of social infrastructure facilities failed, which further complicated the situation in the camp. These factors lead to an increase in social and inter-ethnic tension among the inhabitants of "El-Khol" and contribute to their further radicalization, " the headquarters report.