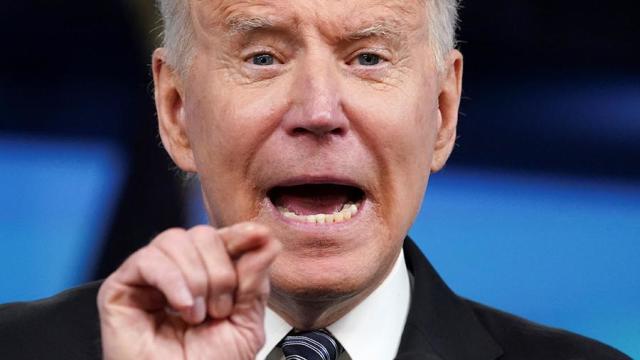 More than 120 retired American generals questioned the reliability of the results of the US presidential election in 2020, as well as the mental and physical condition of the elected leader Joe Biden. An open letter from the military was published on May 12 on the Flag Officers 4 America portal.

"We cannot ignore the mental and physical condition of the Commander-in-Chief [of the US Armed Forces, Joe Biden]. He must be able to quickly make accurate decisions in the field of national security, including life and health, anywhere, day and night, " reads the text of the letter, which was signed by 124 ex-admirals and generals.

In addition, the authors of the letter raised the issue of falsification of the results of the 2020 elections. In their opinion, there were violations during the expression of the will of citizens.

"Without fair and fair elections that accurately reflect the will of the people, our constitutional republic is lost. < ... > The FBI and the Supreme Court must act quickly when election irregularities surface, and not ignore them as they did in 2020," the letter says.

The retired servicemen also pointed out that the new US administration "launched a full-scale attack on the constitutional rights of American citizens in a dictatorial manner, quickly signing more than 50 executive orders bypassing Congress, many of which cancel the effective policies of the previous administration."

The authors of the letter called on their compatriots to support politicians who oppose socialism, Marxism and progressivism and to pay special attention to all Americans, especially the middle class, and not to groups that promote their interests.

At a briefing in late March, Biden used "cheat sheets" detailing key policy points and the personalities of the journalists present. At the same time, it became known that Biden forgot who he was addressing during his speech. His aide demanded that the journalists complete their communication with the president.

On March 19, it was reported that Biden tripped and fell several times while climbing the steps to board flight one before flying to Georgia. In the White House, the reason for the fall of the politician was called a strong wind.