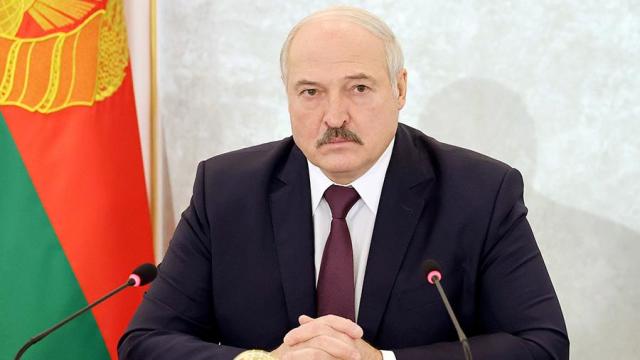 President of Belarus Alexander Lukashenko on Tuesday, May 4, signed a decree on the deprivation of more than 80 former servicemen and employees of the country's law enforcement agencies of military and special ranks for discrediting actions during the aggravation of the situation in the republic. This was reported by the press service of the Belarusian leader.

"During the period of aggravation of the socio-political situation in the country, in order to destabilize it, some military personnel and law enforcement agencies escalated protest moods in society, organized and participated in unauthorized events, posted extremist materials on the Internet, called for radical actions, published personal data of civil servants, journalists, law enforcement officers, made accusations, insults and threats against them," the report says.

It is specified that the heads of law enforcement agencies, in accordance with the nature and severity of the actions committed, put before the president the question of depriving more than 80 persons of military ranks.

In addition, the Lukashenko administration stressed that a number of military personnel discredited their honor and showed disrespect for state symbols. Criminal cases have been opened against some of the servicemen, including on the fact of organizing terrorist attacks, the newspaper writes Газета.ги.

According to the laws of Belarus, the military and law enforcement officials, including those who are in reserve or retired, can be stripped of their rank by the decision of the head of state.

On March 29, the Prosecutor General's Office of Belarus opened a criminal case against ex - presidential candidate, opposition leader Svetlana Tikhanovskaya, as well as participants of the so-called BYPOL initiative for preparing a terrorist attack by an organized group. At the moment, the criminal case has been sent to the KGB investigation department.

On March 26, it was reported that the Belarusian Interior Ministry prevented terrorist attacks by detaining a 35-year-old resident of the Pinsky district, who was going to carry out criminal activities in Minsk and the military town of Pechi in the Borisovsky district.

After the presidential elections held in the country on August 9, 2020, in which Alexander Lukashenko won for the sixth time, gaining, according to the CEC, 80.1% of the vote, mass protest actions of the opposition began in the republic. Tikhanovskaya, who lost to Lukashenko, went abroad.

The rights to this material belong to Известия.ru
The material is placed by the copyright holder in the public domain
Кредитование
Страны
Белоруссия
Проекты
2020-й год
ИТ
Comments [1]
№1