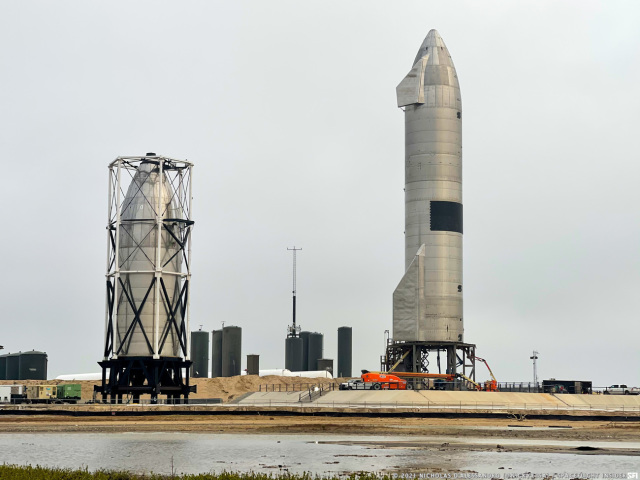 Washington. May 3. INTERFAX-The next prototype of the American Starship spacecraft, being developed for manned flights to the Moon and Mars, can be launched in a test suborbital flight on May 4 or 5, the specialized website Next Spaceflight reported.

According to reports, the Starship SN15 conducted repeated static fire tests of its engines. According to their results, no engine replacements were made.

The spacecraft is installed on the launch pad at the SpaceX test site in Boca Chica in southeast Texas in readiness for launch.

As part of the test, the prototype SN15 will have to reach an altitude of 10 km, followed by engine shutdown, aerodynamic braking, re-starting the engines to return to the vertical position and soft landing on the launch pad.

The previous four suborbital tests of the prototype spacecraft ended in failure. They exploded on landing due to technical problems with the engines.

During the last test, which took place on March 30, the prototype of the SN11 spacecraft after a suborbital flight exploded a minute before a vertical landing. According to SpaceX founder Elon Musk, the cause was "a methane leak that ignited engine number two and fried part of the avionics."