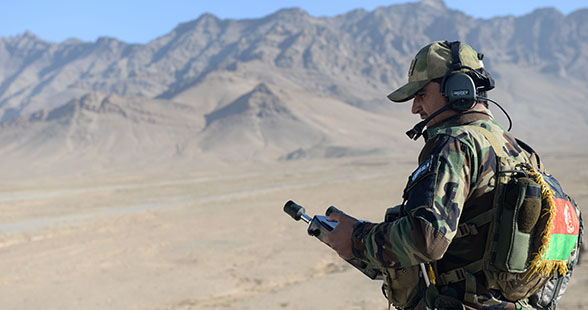 The media point out that the report does not mention the exact number of victims of all these attacks. At the same time, data from the international coalition in Afghanistan is cited, according to which in the first three months of this year, 31 attacks by militants pretending to be government employees claimed the lives of 115 soldiers, and another 31 were injured.

The report recalls that these trends are recorded against the background of the US intention to withdraw its forces from Afghanistan.

"The complete withdrawal of U.S. troops and Department of Defense contractors from Afghanistan will test whether the Afghan National Defense and Security Forces can sustain themselves and protect the Afghan government without direct U.S. and coalition military support," the report notes.

However, the report indicates that the Afghan security forces remain highly dependent on US support, in terms of personnel and finances, and some American contractors are extremely important for maintaining the combat capability of the Afghan Air Force.

Earlier, CNN, citing informed American sources, reported that the US military command on Thursday began withdrawing US troops from Afghanistan. Later, the fact of the start of the withdrawal of forces was confirmed to American journalists by the representative of the White House, Karin Jean-Pierre.

Earlier on Thursday, a senior staff member at the headquarters of the North Atlantic Alliance in Brussels told Interfax about the beginning of the withdrawal of NATO troops from Afghanistan.

In total, there are now about 2.5 thousand American soldiers on the Afghan territory, as well as several hundred more military personnel performing special operations. All of them will leave the country by order of US President Joe Biden.

The administration of US President Joe Biden intended to begin withdrawing the military from Afghanistan before May 1 and finish by September 11.