The US is concerned about Russian microelectronics 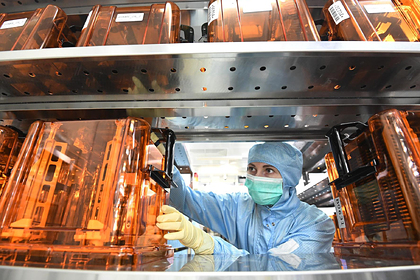 Contractors are required to notify the Pentagon about the use of microelectronic components made in China, Russia, Iran and North Korea in their systems, Defense News reports, citing a bill introduced by Republican Senator Joshua Hawley of Missouri.

The publication notes that such a decision will favor the development of the American microelectronic industry. Defense News recalls that in 2000, there were 1,500 companies producing printed circuit boards in the United States, but now their number is less than 200.

The publication, in particular, writes that the United States is concerned about the safety of electronic components supplied from China, and the reliability of the corresponding logistics chains. "Chinese printed circuit boards pose a serious threat to the integrity of America's defense systems," Hawley said.

In January 2019, the current general director of the Progress Rocket and Space Center (RCC), Dmitry Baranov , said that the Russian Resurs-P remote sensing satellites No. 2 and No. 3 were not working due to an electronics failure. "First, the reason is technical, it is generally established, but these things are not yet fully legally formalized, so it is not yet brought to the media field. The reasons for the failures are, if we speak, so to speak, in general terms, in the failure of the electronic component base, " the head of the enterprise said.

The rights to this material belong to Lenta.ru
The material is placed by the copyright holder in the public domain
Страны
Иран
Китай
КНДР
Россия
США
Do you want to leave a comment? Register and/or Log in
Log in via Facebook
The Permanent Representative of the Russian Federation to international organizations in Vienna Ulyanov called the refusal of AUKUS to provide data on the union abnormal
The United States agrees with Stoltenberg on the inadmissibility of Russia's influence in the issue of NATO expansion
In the USA, they were surprised by the size of the Su-75
The National Interest (США): российский танк Т-80 — это не шутка
Korean aircraft carrier "won back" funding
Шойгу счел необходимым построить в России еще несколько крупных городов
The State Duma appreciated the idea of banning the sale of grenades after the shooting at the MFC in Moscow
British military demanded $1.1 million for stuttering after Estonian frosts
Sasapost (Египет): американцы создают самый мощный лазер в истории. Что это значит?
Tank killer: the work of the PTKM-1R anti-roof mine was shown on video
Корпорация "Иркут" до конца 2018 года поставит ВКС РФ более 30 истребителей Су-30СМ
Как России зарабатывать больше на продаже вооружений
Putin signed the law on the powers of Roscosmos in the field of infrastructure construction
In the USA, they called the advantages of the Russian "Sun"
Американский эксперт назвал пять мощнейших российских танков
other topics discussed
2006-2021 © ВПК.name. All rights reserved.
When reprinting, link to ВПК.name required.
User agreement.
№ 21-PP in the register of information distributors.
18+
Website hosting: TimeWeb.