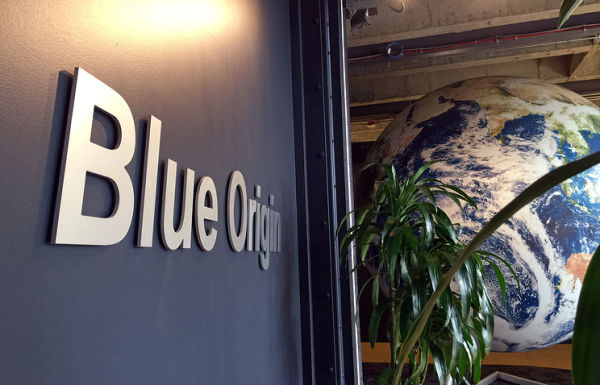 According to the company, the solution eliminates opportunities for competition, significantly narrows the supply base and threatens America's return to the moon.

WASHINGTON, April 27. /TASS/. The aerospace company Blue Origin of the American entrepreneur Jeff Bezos, who is the richest man in the world, on Monday challenged the decision of NASA to grant a contract for the development and creation of a lunar lander worth $2.9 billion to the American company SpaceX. The corresponding 175-page document was released by the US General Audit Office (GAO, the Congressional audit office).

On April 16, the US National Aeronautics and Space Administration announced that the contract for the creation of a module for landing astronauts on the surface of a natural satellite of the Earth under the Artemis program ("Artemis") will be awarded to SpaceX, its head Elon Musk, according to the Forbes magazine rating, is the second richest man on Earth after Bezos. In addition to SpaceX, Blue Origin and Dynetics competed for the contract.

In a statement, Blue Origin said that " NASA made an erroneous purchase <...> and changed the rules of the game at the last minute." "In the words of NASA, it has opted for 'high risk'. His decision eliminates opportunities for competition, significantly narrows the supply base, and not only delays but threatens America's return to the moon. Therefore, we filed a protest with the GAO, " the document says.

As previously reported by The Washington Post, NASA was expected to choose two companies from the three. For example, the management of other large projects usually selects several firms to stimulate competition and provide a reserve in case one of them fails to cope with the contract.

In the spring of 2019, NASA announced the project of the Artemis lunar program, which will consist of three stages. The first of them (Artemis 1) provides for an unmanned flight of the Orion spacecraft installed on the Space Launch System (SLS) rocket around the Moon and its return to Earth. The second stage (Artemis 2) is a flyby of the Earth's natural satellite with the crew on board. In the third phase of the mission (Artemis 3), NASA expects to land astronauts on the Moon in 2024, and then send them to Mars approximately in the mid-2030s. The first stage of the program is scheduled for 2021, the second-for 2023.

The rights to this material belong to ТАСС
The material is placed by the copyright holder in the public domain
Страны
США
Продукция
Orion КК
Компании
Blue Origin
NASA
SpaceX
Персоны
Илон Маск
Проекты
SLS
Луна
Марс
Do you want to leave a comment? Register and/or Log in
Log in via Facebook
The Permanent Representative of the Russian Federation to international organizations in Vienna Ulyanov called the refusal of AUKUS to provide data on the union abnormal
The United States agrees with Stoltenberg on the inadmissibility of Russia's influence in the issue of NATO expansion
In the USA, they were surprised by the size of the Su-75
The National Interest (США): российский танк Т-80 — это не шутка
Korean aircraft carrier "won back" funding
Шойгу счел необходимым построить в России еще несколько крупных городов
The State Duma appreciated the idea of banning the sale of grenades after the shooting at the MFC in Moscow
British military demanded $1.1 million for stuttering after Estonian frosts
Sasapost (Египет): американцы создают самый мощный лазер в истории. Что это значит?
Tank killer: the work of the PTKM-1R anti-roof mine was shown on video
Корпорация "Иркут" до конца 2018 года поставит ВКС РФ более 30 истребителей Су-30СМ
Как России зарабатывать больше на продаже вооружений
Putin signed the law on the powers of Roscosmos in the field of infrastructure construction
In the USA, they called the advantages of the Russian "Sun"
Американский эксперт назвал пять мощнейших российских танков
other topics discussed
2006-2021 © ВПК.name. All rights reserved.
When reprinting, link to ВПК.name required.
User agreement.
№ 21-PP in the register of information distributors.
18+
Website hosting: TimeWeb.