Roscosmos does not negotiate cosmonaut flights on Crew Dragon - Rogozin 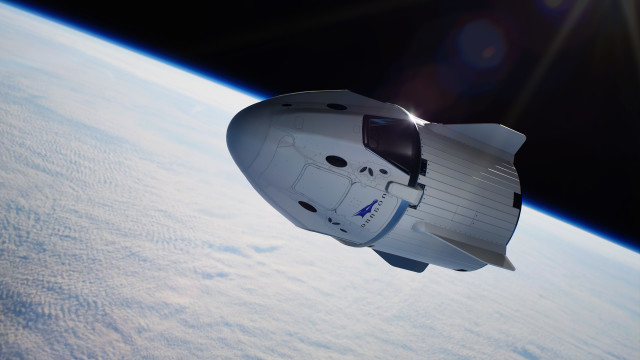 Moscow. April 25. INTERFAX-Roscosmos is not negotiating flights of Russian cosmonauts to the ISS on Crew Dragon ships developed by SpaceX, the head of the state corporation Dmitry Rogozin said on Sunday.

"No, we don't. What for? We have our own ships, " Rogozin wrote on Twitter.

Earlier, the head of SpaceX, Elon Musk, said that the company is ready to cooperate with Russia.

"Of course, it would be a matter of honor for us to deliver astronauts on (Crew) Dragon ships," he said.

The press secretary of Roscosmos, Vladimir Ustimenko, said that the state corporation is conducting appropriate negotiations with NASA.

Earlier, the executive director of Roscosmos for manned programs, Sergey Krikalev, told Interfax that the state corporation supports the resumption of cross-flights to the ISS on Russian and American ships.

"There are talks about cross-flights, when a representative of the American segment will fly on our ship, and a representative of the Russian segment will fly on an American ship. From a technical point of view, both we and the Americans, professionals who work in this environment, agree that this is the right and necessary approach," Krikalev said.

According to him, this "requires a certain confirmation of the governments both here and the Congress on the American side."

"The bureaucratic work continues, but we believe that this is the correct scheme," he added.

Since 2011, the delivery of crews to the ISS was carried out only by Russian ships, before that there was a cross-system, according to which American astronauts received seats on Russian ships, and Russian cosmonauts - on American ones. In 2020, NASA reported that they were negotiating with Roscosmos about the return of the cross-system.