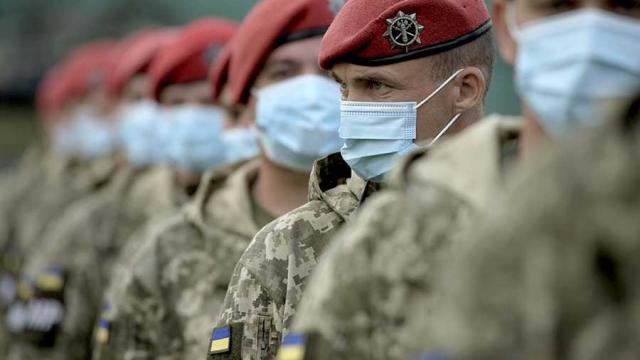 President of Ukraine Volodymyr Zelensky has signed a law that allows reservists to be called up for service in a day without declaring mobilization. This was reported on April 21 by the press service of the Ukrainian President.

The document improves the requirements for the recruitment of the Armed Forces of Ukraine (AFU) and other military formations by reservists — persons with combat experience — in a "special period" without declaring mobilization.

"This will allow us to quickly equip the military units of all the state defense forces with reservists, which will significantly increase their combat capability during the rapidly increasing military aggression," the report says.

It is specified that the decree on conscription will define the categories of reservists to be conscripted, as well as the tasks, volumes, terms and procedure for conscription. In addition, people called up from among the reservists will be subject to the same labor, social, legal and educational guarantees that are provided for the mobilized persons.

"The law signed by the President of Ukraine reforms the system of military accounting and the activities of local military authorities, based on European principles and approaches," the press service said.

On March 30, the Verkhovna Rada of Ukraine adopted a law that will allow for the day to mobilize reservists. Now, in the event of an escalation at the front or violation of the borders of Ukraine, the state will be able to call up reservists for service without declaring mobilization. Thus, a new type of military service was created — military service on conscription among reservists in a special period, to which the State Duma said that such actions indicate Kiev's readiness for dangerous provocations in the conflict zone in the Donbass.

On the same day, it was also reported that the deputies of the Rada at an extraordinary meeting supported the statement in which Russia is recognized as the culprit of the escalation of the situation in the Donbas, in connection with which Ukraine appeals to international organizations to take possible measures to "investigate cases of serious violations of international law during the armed aggression of the Russian Federation against Ukraine."

In April 2014, the Ukrainian authorities launched a military operation against the self-proclaimed LPR and DPR, which declared independence after a coup in Ukraine in February 2014. The discussion of the settlement of the situation in the Donbas, in particular, is being held during meetings in Minsk of the contact group, which since September 2014 has adopted three documents regulating steps to de-escalate the conflict. But even after the armistice agreements between the parties to the conflict, there are skirmishes.