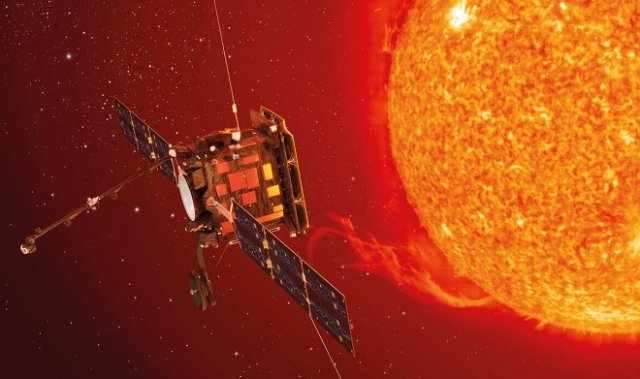 A joint development between NASA and ESA, the Solar Orbiter spacecraft, launched in February last year, made its first approach to the star. According to the mission program, it will approach the sun every six months.

Such a dangerous journey was made possible thanks to a special coating of crushed bones – SolarBlack. The fact is that the bones are a powerful shield against the destructive cosmic radiation. The Solar Orbiter, which is making a flight to the Sun, is exposed to cosmic radiation, the level of which is 13 times higher than what reaches the Earth. To this it is necessary to add the exorbitant temperature at which the metal melts. In these conditions, special requirements are imposed on the coating of the spacecraft. SolarBlack was developed by the biotech company ENBIO, previously engaged in synthetic bone coatings for dental implants. The problem was that ordinary bone coverings were charred and discolored by high temperatures, which affected the ship's ability to absorb heat. As a result, NASA and ESA experts came to the conclusion that it is necessary to "carbonize" the coating on the Ground, in order to then control its thermal properties during the flight. The mission program is designed for several years. All this time, the Solar Orbiter, thanks to its unique coating, will get closer and closer to the Sun. If the mission is successful, it is possible that such bone coverings will be actively used in the future.