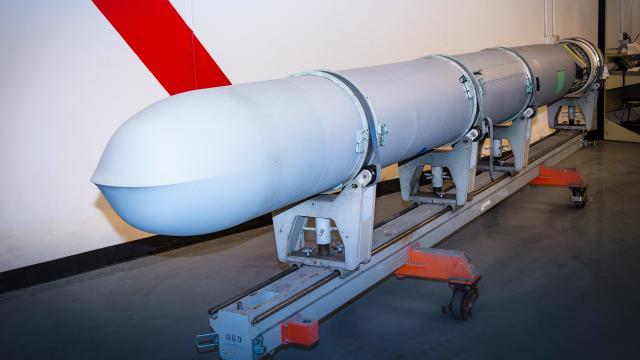 As previously reported, it is planned to convert all previously manufactured Tomahawk Block IV missiles of the US Navy into Block V missiles as part of the program for extending their service life by 15 years, which was launched in fiscal year 2019, and is expected to be implemented by fiscal year 2034. At the same time, the Tomahawk missiles of the previous version of Block III will be decommissioned and disarmed. In total, it is now planned to upgrade the Tomahawk Block IV missiles to the Block V 3992 variant. In addition, in the future, it is possible to release Block V missiles of new production.

At the first stage of the program, during the modernization of the Tomahawk Block IV missiles to the Block V level, the rocket airframe elements, antennas, electrical wiring are repaired and partially replaced, and a new Integrated Single Box Solution data transmission equipment module is installed. A GPS GR5 receiver protected from interference is also installed.

In the future, it is planned to carry out a deeper upgrade of the Tomahawk Block IV missiles to the Block V variant in two modifications. The Block Va modification (designation RGM-109E/UGM-109E) is the designation of cruise missiles planned for conversion to the Maritime Strike Tomahawk (MST) variant with a new multi-channel guidance system for the ability to defeat surface targets. In August 2017, the U.S. Navy awarded Raytheon a two-year, $ 119 million contract to develop the MST missile. Prior to that, Raytheon has reportedly spent up to $ 55 million of its own funds on MST R & D since 2012. The specific parameters and channel types of the new homing head for the MST are not disclosed, but presumably it will combine active and passive radar and thermal imaging homing channels in combination with a powerful data processor and a new inertial guidance unit. Raytheon was expected to deliver the first 32 missile upgrade kits to the Maritime Strike Tomahawk variant in FIN 2020; 50 kits in FIN 2021, and 80 kits in FIN 2022, with a total estimated cost of $ 457.9 million, but it is unclear whether the delivery start dates were met. Delivery of the first missile upgraded to the MST (Block Va) level was expected earlier in 2022, with initial Operational Readiness (IOC) status achieved in the third quarter of FIN 2022, and with the start of full-scale deliveries of Block Va missile upgrade kits in FIN 2023. However, now the exact dates are no longer called.

The second modification of the Block Vb (designation RGM-109M/UGM-109M) is an upgrade of missiles that retain their main purpose for hitting ground targets. During the upgrade, these missiles should be equipped with a new penetrating warhead Joint Multiple Effects Warhead System (JMEWS), which also has increased high-explosive capabilities. JMEWS combines a cumulative preload with a penetrating warhead. Due to the programmable single-purpose fuse, air or ground (non-penetrating) detonation of the warhead can also be provided. The development and testing of the JMEWS warhead was carried out under a contract received by Raytheon back in 2009, in December 2017, the US Navy issued a contract for the completion of the JMEWS. The achievement of the IOC of Block Vb missiles with the JMEWS warhead was expected in the 2022 fin year.

The rights to this material belong to bmpd.livejournal.com
The material is placed by the copyright holder in the public domain
Страны
США
Продукция
BGM-109 Tomahawk
Компании
Raytheon
Проекты
2020-й год
GPS
Do you want to leave a comment? Register and/or Log in
Log in via Facebook
The United States agrees with Stoltenberg on the inadmissibility of Russia's influence in the issue of NATO expansion
In the USA, they were surprised by the size of the Su-75
The Permanent Representative of the Russian Federation to international organizations in Vienna Ulyanov called the refusal of AUKUS to provide data on the union abnormal
The National Interest (США): российский танк Т-80 — это не шутка
Korean aircraft carrier "won back" funding
Шойгу счел необходимым построить в России еще несколько крупных городов
The State Duma appreciated the idea of banning the sale of grenades after the shooting at the MFC in Moscow
British military demanded $1.1 million for stuttering after Estonian frosts
Sasapost (Египет): американцы создают самый мощный лазер в истории. Что это значит?
Tank killer: the work of the PTKM-1R anti-roof mine was shown on video
Корпорация "Иркут" до конца 2018 года поставит ВКС РФ более 30 истребителей Су-30СМ
Как России зарабатывать больше на продаже вооружений
Putin signed the law on the powers of Roscosmos in the field of infrastructure construction
In the USA, they called the advantages of the Russian "Sun"
Американский эксперт назвал пять мощнейших российских танков
other topics discussed
2006-2021 © ВПК.name. All rights reserved.
When reprinting, link to ВПК.name required.
User agreement.
№ 21-PP in the register of information distributors.
18+
Website hosting: TimeWeb.