Putin: Russia stands for the inviolability of digital sovereignty of all states 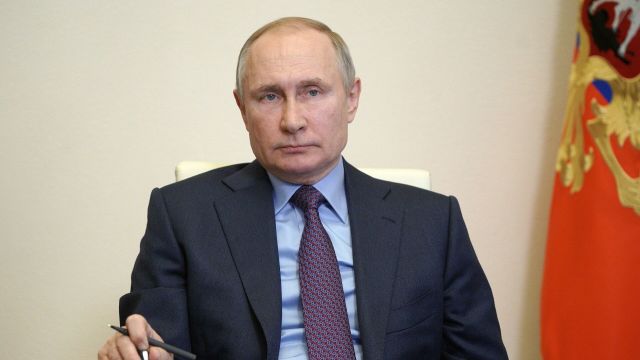 Moscow. March 26. INTERFAX-Russia considers it necessary to achieve universal international agreements on conflict prevention and building mutually beneficial partnerships in the information space, while it stands for the inviolability of the digital sovereignty of all states, Russian President Vladimir Putin said.

"We consider it necessary to conclude universal international legal agreements aimed at preventing conflicts and building mutually beneficial partnership in the global information space, at its maximum use for the sustainable development of each state, at creating favorable conditions for scientific research, for the rapid introduction of the most advanced technological solutions to prevent potential risks," Putin said at a meeting of the Russian Security Council.

He stressed that it is important to jointly develop and agree on universal and fair rules for responsible behavior of states in the information space, with clear and distinct criteria for permissible and unacceptable actions,and make them legally binding.

"That is, each country must strictly comply with these rules. At the same time, we stand for the inviolability of the digital sovereignty of states, which means that each country can independently determine the parameters for regulating its own information space and the corresponding infrastructure," Putin said.

The President noted that Russia is a supporter of equality, order and mutual respect in the information sphere, ensuring its progressive development. "Of course, all interested partners should be able to join the dialogue on such a significant agenda," he stressed.

The Head of State continued: The XXI century is rightly called the time of explosive development of digital technologies, which are conquering almost all spheres of life. "The traditional spheres of activity of the state, society, and business are undergoing a radical transformation, and fundamentally new opportunities are being created for the development of the economy and the labor market, and for improving the quality of people's lives. At the same time, new technological solutions also create new risks," Putin said.

According to the Russian president, the digital space often becomes a platform for tough information warfare, unfair competition, and cyber attacks. "All this qualitatively changes the situation in the international arena. The digital environment is used by international terrorists and organized crime. In short, there are many potential threats to the general, global security, but also to individual countries, their sovereignty and national interests, " Putin said.

He recalled that Russia was one of the first to call on the international community to join forces and work together in this area. "It is largely thanks to our efforts that the topic itself, the very topic of information security, has become firmly on the agenda of the UN General Assembly, and the adoption of a relevant resolution has become an annual event," Putin said.