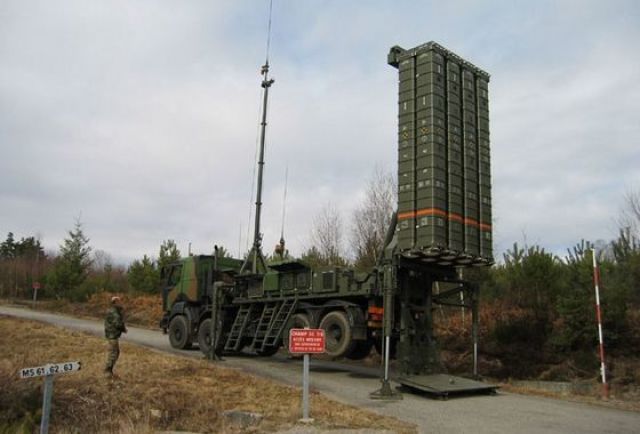 TSAMTO, March 23. At a ceremony held on March 19 in Paris, the European Organization for Cooperation in the Field of Armaments (OCCAR) signed a contract for the development of a new generation SAMP/T NG (New Generation) air defense system for the Armed Forces of France and Italy.

OCCAR has entered into this agreement through the DGA and SGD with the Franco-Italian Eurosam consortium, which includes MBDA France, MBDA Italy and Thales.

The new contract complements the agreement signed in 2016 to improve the SAMP/T systems in service with the French and Italian Air Forces.

Under the new contract, the Eurosam consortium is to implement a number of key improvements to the SAMP/T system, based on:

- an improved rocket to expand the Aster family: Aster Block-1 NT (new technology) with a new GOS and an on-board computer that allows you to resist new threats;

- a command and control module based on updated software with an open architecture to improve command, control, and communication capabilities.

- to be used in conditions of heavy air traffic of civil vessels in cooperation with friendly military aviation, to be fully integrated into the network system of air defense;

- provide 360 degrees in the sector. protection of the locations of the armed forces, civilian or military facilities;

- simultaneously hit twice as many different types of targets in any combination;

- provide rapid deployment with limited calculation and ease of integration into the network air defense system.

As stated, thanks to the expanded functionality of SAMP/T, NG will allow France, Italy and other customers to guarantee sovereignty in the airspace, the protection of their territory, population and troops during combat operations.

As reported by TSAMTO, SAMP/T is a mobile ground-based air defense system using the Aster-30 missile developed by MBDA. The two-stage solid-fuel missile system weighing 450 kg is equipped with an active radar homing head, a 15-kg high-explosive warhead, develops a speed of up to 4.5 M and is capable of hitting targets flying both at low altitude and along an aeroballistic trajectory. The maximum range of destruction of aerodynamic targets is up to 120 km, height – from 50 m to 20 km.

The rights to this material belong to ЦАМТО
The material is placed by the copyright holder in the public domain
Страны
Италия
Франция
Компании
Leonardo
MBDA
OCCAR
Thales
Проекты
Aster ЗУР
АФАР
БПЛА
ИТ
Do you want to leave a comment? Register and/or Log in
Log in via Facebook
The Permanent Representative of the Russian Federation to international organizations in Vienna Ulyanov called the refusal of AUKUS to provide data on the union abnormal
The United States agrees with Stoltenberg on the inadmissibility of Russia's influence in the issue of NATO expansion
Putin signed the law on the powers of Roscosmos in the field of infrastructure construction
Korean aircraft carrier "won back" funding
Конфликты: Йемен - "забытая" война
The National Interest (США): российский танк Т-80 — это не шутка
In the USA, they were surprised by the size of the Su-75
Russia will offer India the technology of the Octopus tank
Шойгу счел необходимым построить в России еще несколько крупных городов
The State Duma appreciated the idea of banning the sale of grenades after the shooting at the MFC in Moscow
British military demanded $1.1 million for stuttering after Estonian frosts
Sasapost (Египет): американцы создают самый мощный лазер в истории. Что это значит?
Tank killer: the work of the PTKM-1R anti-roof mine was shown on video
Корпорация "Иркут" до конца 2018 года поставит ВКС РФ более 30 истребителей Су-30СМ
Как России зарабатывать больше на продаже вооружений
other topics discussed
2006-2021 © ВПК.name. All rights reserved.
When reprinting, link to ВПК.name required.
User agreement.
№ 21-PP in the register of information distributors.
18+
Website hosting: TimeWeb.