The EU has created a fund to finance military operations abroad 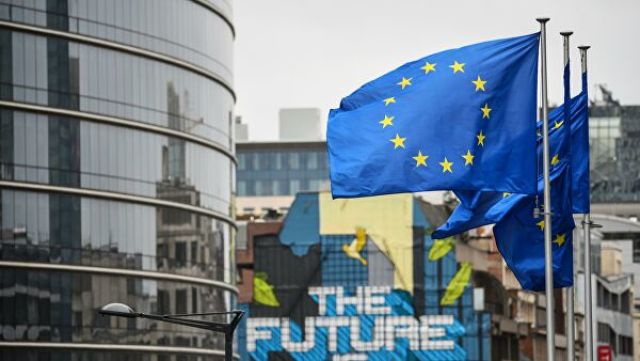 Brussels. March 22. INTERFAX-The European Union has now received a kind of military budget - the European Peace Fund( EFM), an extra-budgetary fund of 5 billion euros for the period 2021-2027, which will be funded by contributions from EU member states.

"Lasting peace can only be built by investing in international stability and security. The EU has the desire, and from now on, the necessary financial instruments to do this. The European Peace Fund will allow us to provide tangible support to our partners in solving common security problems, " said the current President of the EU Council, Portuguese Foreign Minister Augusto Santos Silva, commenting on the decision to establish the fund on Monday.

The stated goal of the EFM is to prevent conflicts, preserve peace, and strengthen international stability and security. Using it, the EU will help partner countries to conduct peacekeeping operations or improve the ability of their armed forces to ensure peace and security on their own territory. It will also allow the EU to take more significant military actions within the framework of the Common Foreign and Security Policy.

At the expense of this fund, the EU can, at the request of third countries, regional or international organizations, supply them with military equipment and create defense infrastructure. The assistance measures "will be integrated into a clear and coherent policy strategy and accompanied by a thorough risk assessment and robust safeguards."

Since 2004, EU participation in military missions and operations has been funded through the ATHENA mechanism. It will be replaced by the EFM. The budget will increase and flexibility will increase, while the operational part will remain in the EU Council.

The rights to this material belong to Интерфакс-АВН
The material is placed by the copyright holder in the public domain
Страны
Португалия
Проекты
Евросоюз
Do you want to leave a comment? Register and/or Log in
Log in via Facebook
The Permanent Representative of the Russian Federation to international organizations in Vienna Ulyanov called the refusal of AUKUS to provide data on the union abnormal
The United States agrees with Stoltenberg on the inadmissibility of Russia's influence in the issue of NATO expansion
In the USA, they were surprised by the size of the Su-75
The National Interest (США): российский танк Т-80 — это не шутка
Korean aircraft carrier "won back" funding
Шойгу счел необходимым построить в России еще несколько крупных городов
The State Duma appreciated the idea of banning the sale of grenades after the shooting at the MFC in Moscow
British military demanded $1.1 million for stuttering after Estonian frosts
Sasapost (Египет): американцы создают самый мощный лазер в истории. Что это значит?
Tank killer: the work of the PTKM-1R anti-roof mine was shown on video
Корпорация "Иркут" до конца 2018 года поставит ВКС РФ более 30 истребителей Су-30СМ
Как России зарабатывать больше на продаже вооружений
Putin signed the law on the powers of Roscosmos in the field of infrastructure construction
In the USA, they called the advantages of the Russian "Sun"
Американский эксперт назвал пять мощнейших российских танков
other topics discussed
2006-2021 © ВПК.name. All rights reserved.
When reprinting, link to ВПК.name required.
User agreement.
№ 21-PP in the register of information distributors.
18+
Website hosting: TimeWeb.