India has mastered the production of Israeli missiles for air defense systems. Yesterday, March 16, the portal indiatimes.com He reported that KRAS has delivered the first batch of MRSAM missiles to the Indian Army and Air Force.

MRSAM, also known as Barak 8, is a ground-based modification of the LRSAM ship-based interceptor missiles. The Barak-8 air defense system, armed with missiles of the same name, was developed by the Israeli company IAI in partnership with the Indian state organization DRDO on the basis of the Barak air defense system, which was adopted by the Israeli army in 1987. Initially, the Barak-8 was created as a ship-based missile (the first launch took place in 1999). In 2014, IAI and DRDO began work on the creation of a land-based Barak-8 air defense system. 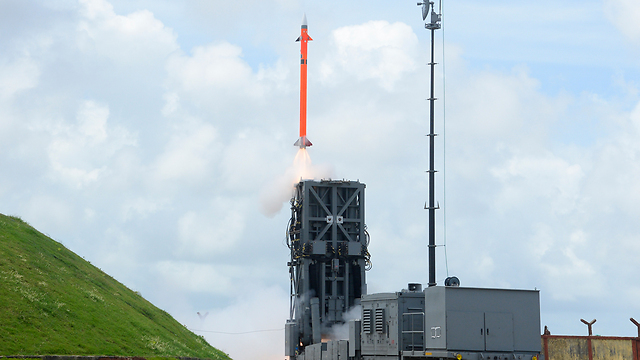 Launch of the Barak-8 rocket

India's purchase of MRSAM missiles was announced in February 2017, but it was not until July 2019 that the first production contract worth $100 million was signed. A joint venture between Kalyani Rafael Advanced Systems (KRAS), created by the Indian company Kalyani Group and Israel's Rafael Advanced Defense Systems.

The Barak 8 air defense system is designed to simultaneously detect and defeat a wide range of air threats (including aircraft, cruise missiles and surface-to-surface missiles) at short and medium ranges at any time of the day and in difficult weather conditions. The munition is a two-stage solid-fuel anti-aircraft guided missile with a length of 4.5 m, equipped with an active homing system. The missile is launched using a vertical launcher and is capable of intercepting a target at distances of 70-80 km.

The rights to this material belong to WarSpot
The material is placed by the copyright holder in the public domain
Страны
Израиль
Индия
Продукция
Barak-8
Компании
DRDO
IAI
KSSL
Rafael
Do you want to leave a comment? Register and/or Log in
Log in via Facebook
The Permanent Representative of the Russian Federation to international organizations in Vienna Ulyanov called the refusal of AUKUS to provide data on the union abnormal
The United States agrees with Stoltenberg on the inadmissibility of Russia's influence in the issue of NATO expansion
Putin signed the law on the powers of Roscosmos in the field of infrastructure construction
Korean aircraft carrier "won back" funding
Конфликты: Йемен - "забытая" война
The National Interest (США): российский танк Т-80 — это не шутка
In the USA, they were surprised by the size of the Su-75
Russia will offer India the technology of the Octopus tank
Шойгу счел необходимым построить в России еще несколько крупных городов
The State Duma appreciated the idea of banning the sale of grenades after the shooting at the MFC in Moscow
British military demanded $1.1 million for stuttering after Estonian frosts
Sasapost (Египет): американцы создают самый мощный лазер в истории. Что это значит?
Tank killer: the work of the PTKM-1R anti-roof mine was shown on video
Корпорация "Иркут" до конца 2018 года поставит ВКС РФ более 30 истребителей Су-30СМ
Как России зарабатывать больше на продаже вооружений
other topics discussed
2006-2021 © ВПК.name. All rights reserved.
When reprinting, link to ВПК.name required.
User agreement.
№ 21-PP in the register of information distributors.
18+
Website hosting: TimeWeb.