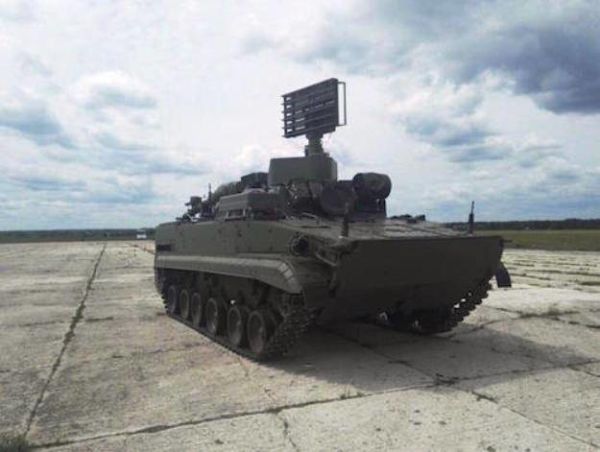 It is expected that the use of the wheelbase will increase the export potential of the product, the press service of the holding company "Roselektronika" noted."

ABU DHABI, February 24. /TASS/. The holding company "Roselektronika" of the state Corporation "Rostec "for the first time presented at the IDEX - 2021 exhibition an export version of the module" Barnaul-T " from the unified command and control system in the tactical link. This was reported to TASS in the press service of the holding.

"The module provides modern means of automation, communication and data exchange to the battery command post of tactical military formations of air defense. The equipment makes it possible to increase the efficiency of air defense forces and weapons management, coordination of their actions, and increases the mobility and survivability of equipment in a combat situation, "Roselectronics said.

As specified in the press service, previously the intelligence and control module was carried out on a tracked chassis. It is planned that the use of the wheelbase will increase the export potential of the product, since the units with which the module usually interacts do not use tracked vehicles in the armies of potential foreign customers.

The intelligence and control module on a wheeled chassis from the unified command and control system in the Barnaul-T tactical link was developed and produced by the Rubin NPP (part of the Vega concern of the Roselektronika holding).

The Unified Tactical Management System (ESU TK) is being developed to implement the concept of network-centric warfare. ESU TK significantly increases the effectiveness of the use of weapons by providing the ability to solve fire tasks in real time and organizing interaction during the maneuver of fire and units.

The unified tactical management system was developed by the Voronezh concern "Constellation "(part of the holding" Roselektronika "of the state Corporation"Rostec"). It is a single combat control system that includes 11 subsystems that control electronic warfare systems, artillery, air defense, engineering and logistics, as well as a single information network that integrates various types of communication, including radio relay, troposphere, and digital. ESU TK provides communication with drones and other means of intelligence, online interaction of different types and types of troops on the battlefield.