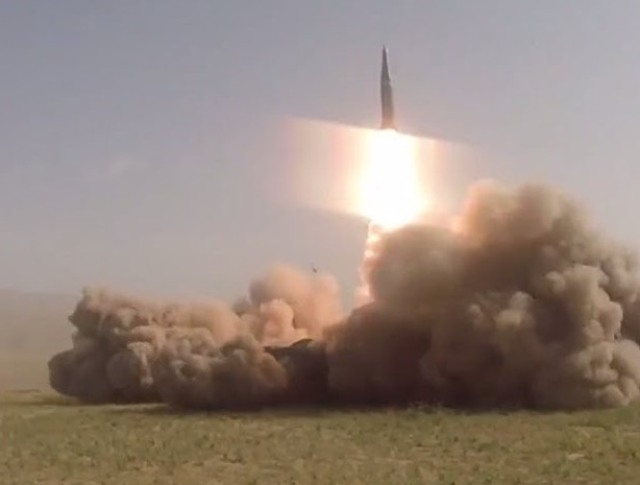 From the Russian air base "Khmeimim" in the Syrian Latakia, rocket attacks were carried out on militant targets in the province of Aleppo.

According to the London-based non-governmental organization "Syrian Observatory for Human Rights "(SOHR), the oil refinery in the village of Tarkhin in the province of Aleppo, which is controlled by pro-Turkish militants, was shelled with tactical and operational-tactical missile systems (respectively, "Tochka-U" and "Iskander"). As a result of the strikes, there were strong fires, there are dead among the representatives of the so-called Syrian armed opposition.

Explosions were also heard in the al-Eraser in the countryside of Aleppo.

The Tarkhin refinery is located south of the city of Jarablus in the northern part of Aleppo province, which is dominated by the militants of the "Syrian National Army", created with the support of Turkey.

According to other sources, the operation was carried out jointly by the Russian group of troops in the Arab Republic and the Syrian army. It is alleged that first the SAR Armed Forces launched Tochka-U missiles to defeat the enemy, after which the Russian military hit several Iskanders from the Khmeimim air base.

It is specified that as a result of the attack, about 30 militants were eliminated, dozens were injured.

The sources also inform that the joint missile attack led to the destruction of about 20 oil tankers, which were supposed to be delivered to Turkey.

There have been no official comments from Moscow or Damascus to date, writes Eadaily.