Scientists from Russia, China and the United States have opened a new era of superconductors by synthesizing an unusual barium superhydride 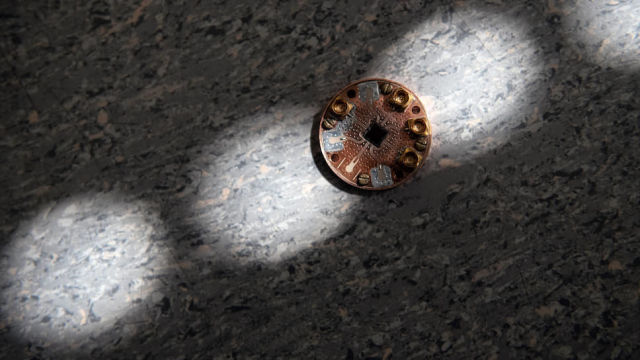 A group of scientists from Russia, China and the United States predicted and then experimentally obtained barium superhydrides – new high-temperature superconductors. The results are published in the journal Nature Communications.

Since the first half of the 20th century, chemists and physicists have been hunting for room-temperature superconductors, substances capable of superconductivity at room temperature. Initially, great hopes were pinned on metallic hydrogen, but it turned out that solid superconducting metallic hydrogen can only be obtained at an incredibly high pressure of millions of atmospheres. Therefore, chemists began to add other elements to hydrogen, in the hope of stabilizing the metallic state under more gentle conditions, and trying to achieve superconductivity. Scientists, including those from the group of Skoltech Professor Artem Oganov, predicted and experimentally obtained many compounds with a large number of hydrogen atoms, for example, thh16, ThH10. But the question of the maximum hydrogen content in such "strange" hydrides, and their maximum superconductivity temperature remains relevant.

In a new study, scientists from the laboratory of Artem Oganov, together with colleagues from China and the United States, using the program for predicting crystal structures USPEX, developed by Artem Oganov, analyzed all possible barium hydrides and settled on bah12, one of the most hydrogen-rich compounds. Then they were able to obtain this compound experimentally, demonstrate its superconductivity and study the crystal structure. bah12 turned out to be an unusual substance: its structure contains molecular groups of two and three hydrogen atoms, and is a molecular superconductor. Due to its molecular structure, this compound is superconducting at temperatures below -253 °C. The study makes a significant contribution to understanding what structures will be able to serve as room superconductors in the future as part of real devices.

"Since October 15, 2020, we are living in the era of room superconductivity, this is what people have been dreaming about for more than 100 years! The first superconductor was mercury, but its superconducting temperature is -269 ℃. The composition of the new superconductor, obtained by American scientists and published on October 15, 2020, is still unknown, but its superconductivity at room temperature has been demonstrated. At the same time, the new substance will not receive practical application, since its synthesis requires pressures of almost three million atmospheres, and it is possible to synthesize them only in microscopic quantities. But once this was considered impossible. It is necessary to obtain new substances, study their properties, and one day we will understand how to create room superconductivity already at normal pressure, " he says. Artem Oganov.