Media: India will send military specialists to Russia to train the operation of the S-400 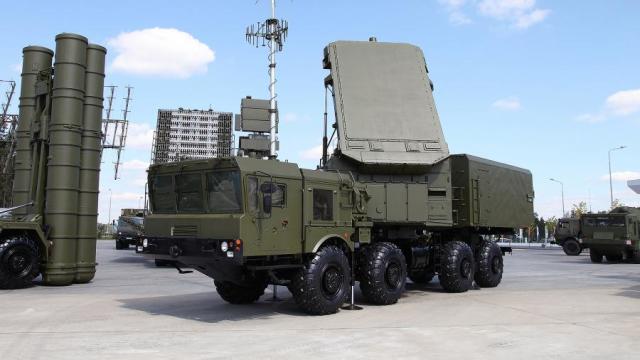 NEW DELHI, January 11. /TASS/. The first group of 100 Indian military specialists and military personnel will go to Russia at the end of January to train in the operation and combat use of S-400 Triumph anti-aircraft missile systems. This was reported on Monday by The Times of India, citing the Indian Ministry of Defense.

"In anticipation of the S-400 deliveries, which will begin in September-October, a large group of representatives of the Indian Armed Forces (AF) will be sent to Russia in the last week of January to train in the operation and maintenance of S-400 complexes," the publication quotes the statement of representatives of the defense ministry. - In a few months, a second group of military personnel will go to the Russian Federation for the same purpose. The first regimental complex of S-400 air defense systems is planned to be adopted by the Indian Armed Forces in late 2021 or early 2022. The contract with Russia for the supply of these air defense systems will be completed by 2025."

According to the sources, the Russian Triumph missiles "will revolutionize India's air defense system, they will be deployed in the western, northern and eastern regions of India, taking into account the threats from both China and Pakistan."

India has already paid Russia a "substantial" advance payment under the S-400 supply contract. The remaining payments will be made after the creation of a mechanism that will circumvent the US sanctions regime for the purchase of S-400, The Times of India notes.

New Delhi announced its intention to purchase the S-400 back in 2015. The contract for the supply of five S-400 Triumph air defense systems worth $ 5.43 billion was signed during the visit of Russian President Vladimir Putin to India in October 2018.

The S-400 Triumph is a Russian long-and medium-range anti-aircraft missile system. It is designed to defeat air attack and reconnaissance vehicles and any other air targets in conditions of intense fire and electronic countermeasures. The system is capable at ranges up to 400 km to hit aircraft and cruise missiles at ranges of up to 60 km ballistic targets flying at a speed of up to 4.8 km/s, able to destroy targets at altitudes up to 30 km. It was developed in the NGO "Almaz" since the mid-1980s, the general designer is Alexander Lemansky.