"Threats are growing": The US accused Russia of testing weapons against satellites 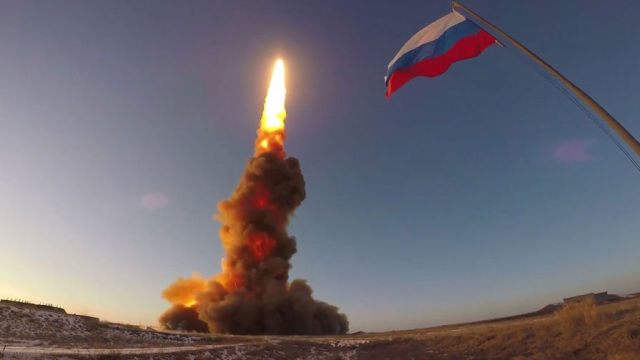 The US claims that Russia has tested an anti-satellite missile

Washington expressed concern that Moscow allegedly continues to work on testing anti-satellite weapons. Its use, we are sure in the United States, will lead to numerous debris, which, in turn, will pose a threat to commercial satellites. The Russian Foreign Ministry called such statements propaganda stuffing.

In a statement, the ministry noted that Washington is "concerned" that Moscow " continues to develop and deploy certain types of ground-based and space-based anti-satellite weapons."

In particular, the US military claims that the Russian side tested an anti-satellite missile of direct interception (DA-ASAT). At the same time, the Americans do not name the dates of the maneuvers and do not provide evidence of their words.

it is noted that moscow is developing and deploying several types of anti-satellite weapons, which " contradicts russia's diplomatic and public position against the deployment of weapons in space."

According to the US, two types of weapons are being tested. The first is the DA - ASAT system, which can supposedly destroy satellites in low-Earth orbit. According to the American side, the use of such weapons can cause "the formation of a large volume of debris that can endanger commercial satellites and irreversibly pollute outer space."

The second type is the orbital anti-satellite system of space weapons. Allegedly, as part of this system, kinetic weapons were demonstrated in orbit in 2017 and 2020.

"Russia's continuous testing of these systems demonstrates that threats to the space systems of the United States and its allies are growing rapidly. The creation of the US Space Command as a single combat command of the country in space and the US Space Forces as the main branch of the US armed forces, which provides opportunities for combat operations in outer space, could not be more timely," RBC quotes the words of the commander of the US Space Command, General James Dickinson.

Dickinson believes that " Russia has turned space into a sphere of military operations by testing space and ground weapons designed to target and destroy satellites." According to him, "this fact" resonates with the statements of the Russian authorities that Moscow adheres to the policy of preventing conflicts in space.

"Space is crucial for all peoples. We are all interested in creating conditions for a safe, stable and sustainable space environment," the American general assured.

In turn, the US President's special representative for arms Control, Marshall Billingsley, wrote on his Twitter page that he told NATO allies about Washington's suspicions.

In April of this year, the United States has already made a similar statement. Then the official representative of the Russian Foreign Ministry Maria Zakharova said that the words of the US military are " a purposeful campaign initiated by Washington to discredit Russian space activities and peaceful initiatives to prevent an arms race in outer space."

zakharova also confirmed that russia is ready to make contact with foreign specialists of the relevant departments in order to discuss space activities.

in july, there was another report from washington about russia's alleged tests of space systems. according to the us military, the maneuvers took place on july 15 this year, the launch of an "object with weapons characteristics" was carried out next to another russian satellite. the united kingdom also expressed its concern about this at the time. moscow said that this is another propaganda information throw.

The rights to this material belong to Газета.ru
The material is placed by the copyright holder in the public domain
Кредитование
Страны
Великобритания
Россия
США
Проекты
2020-й год
NATO
Do you want to leave a comment? Register and/or Log in
Log in via Facebook
The Permanent Representative of the Russian Federation to international organizations in Vienna Ulyanov called the refusal of AUKUS to provide data on the union abnormal
The United States agrees with Stoltenberg on the inadmissibility of Russia's influence in the issue of NATO expansion
In the USA, they were surprised by the size of the Su-75
The National Interest (США): российский танк Т-80 — это не шутка
Korean aircraft carrier "won back" funding
Шойгу счел необходимым построить в России еще несколько крупных городов
The State Duma appreciated the idea of banning the sale of grenades after the shooting at the MFC in Moscow
British military demanded $1.1 million for stuttering after Estonian frosts
Sasapost (Египет): американцы создают самый мощный лазер в истории. Что это значит?
Tank killer: the work of the PTKM-1R anti-roof mine was shown on video
Корпорация "Иркут" до конца 2018 года поставит ВКС РФ более 30 истребителей Су-30СМ
Как России зарабатывать больше на продаже вооружений
Putin signed the law on the powers of Roscosmos in the field of infrastructure construction
In the USA, they called the advantages of the Russian "Sun"
Американский эксперт назвал пять мощнейших российских танков
other topics discussed
2006-2021 © ВПК.name. All rights reserved.
When reprinting, link to ВПК.name required.
User agreement.
№ 21-PP in the register of information distributors.
18+
Website hosting: TimeWeb.