Former US Secretary of state advised Biden to bow to China 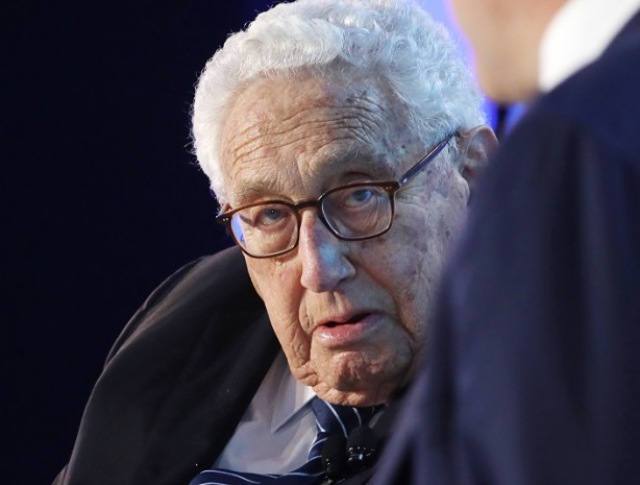 If the new Joe Biden administration can't quickly restore the us relationship with China that was disrupted during the administration of Donald trump, the confrontation will escalate into a military conflict.

This was stated by the 97-year-old Patriarch of American politics, former US Secretary of state Henry Kissinger in an interview with Bloomberg.

"If there is no basis for cooperation, the world will descend to a catastrophe akin to the First world war," Kissinger said, noting that today there are military technologies that can make a new crisis even less controlled than before.

And the US and China, he said, are increasingly moving towards confrontation. As the Agency's columnist Peter Martin recalls, Kissinger himself, during his tenure, paved the way for President Richard Nixon's historic visit to China. And today, he expressed hope that perhaps the common threat of a pandemic will give a field for political discussions between the two countries.

Relations between China and the United States are now at the lowest level in many decades. At the beginning of the term, it was important for trump to reflect what concerns Americans have about the unbalanced global economy. But in the years that followed, the deterioration of relations with China set them on the path to a new cold war.

The rights to this material belong to Военно-промышленный курьер
The material is placed by the copyright holder in the public domain
Страны
Китай
США
Персоны
Трамп Дональд
Do you want to leave a comment? Register and/or Log in
Log in via Facebook
The Permanent Representative of the Russian Federation to international organizations in Vienna Ulyanov called the refusal of AUKUS to provide data on the union abnormal
The United States agrees with Stoltenberg on the inadmissibility of Russia's influence in the issue of NATO expansion
In the USA, they were surprised by the size of the Su-75
In the USA, it was proposed to ban "Solntsepeki" and "Pinocchio"
Putin signed the law on the powers of Roscosmos in the field of infrastructure construction
Korean aircraft carrier "won back" funding
Конфликты: Йемен - "забытая" война
The National Interest (США): российский танк Т-80 — это не шутка
Russia will offer India the technology of the Octopus tank
Шойгу счел необходимым построить в России еще несколько крупных городов
The State Duma appreciated the idea of banning the sale of grenades after the shooting at the MFC in Moscow
British military demanded $1.1 million for stuttering after Estonian frosts
Sasapost (Египет): американцы создают самый мощный лазер в истории. Что это значит?
Tank killer: the work of the PTKM-1R anti-roof mine was shown on video
Корпорация "Иркут" до конца 2018 года поставит ВКС РФ более 30 истребителей Су-30СМ
other topics discussed
2006-2021 © ВПК.name. All rights reserved.
When reprinting, link to ВПК.name required.
User agreement.
№ 21-PP in the register of information distributors.
18+
Website hosting: TimeWeb.