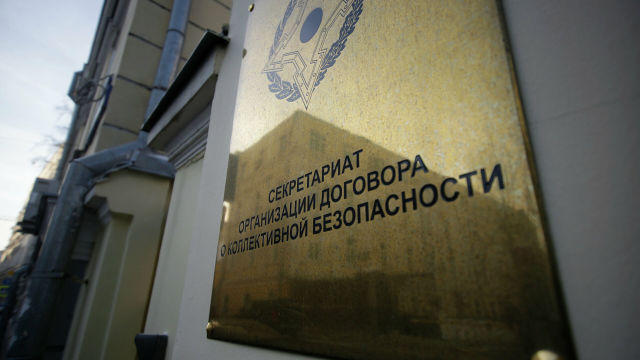 Moscow. November 18. INTERFAX-the World community is experiencing an acute lack of trust and stability, which leads to an increase in armed conflicts, mass illegal actions, and manifestations of terrorism, CSTO Secretary General Stanislav Zas said on Wednesday at the eighth meeting of the CIS security Council secretaries.

"This is one of the main characteristics of our time. This is happening in the context of an escalating struggle for global resources and markets, the dismantling of the international arms control system that has developed in recent decades, and the devaluation of international law and generally recognized norms," he said.

The result of the fact that the world community is experiencing an acute lack of trust and stability, the CSTO Secretary General called " the growth of armed conflicts, mass illegal actions, and manifestations of terrorism."

Zas drew the attention of the meeting participants to the fact that the dynamics of the development of the situation in the CSTO collective security region determines the need for constant development of mechanisms for interstate cooperation in countering modern challenges and threats.

"The problems caused by the pandemic, which affected the decline in the level of international security cooperation, ultimately affected the effectiveness of measures to counter modern challenges and threats, including terrorism," the CSTO Secretary General said.

According to him, "the deterioration of the economic sphere and the decline in the standard of living of millions of citizens around the world due to quarantine measures during the period of coronavirus infection creates additional opportunities for recruiting new recruits, using various modern information and communication technologies."

Zas also noted that " the blurring of the boundaries between physical space and virtual reality, the expansion of the use of "artificial intelligence" technology has led to the emergence of new cyber threats that affect the state of protection of the population, society and the state."

At the same time, in his opinion, the transfer of public administration, business and private life to the digital sphere in the context of the pandemic caused a noticeable increase in crime in the field of information and communication technologies.

Zas supported the idea of synchronizing anti-terrorist measures implemented in the CIS, CSTO, and SCO formats, expressed by Russian foreign Minister Sergey Lavrov at the may 2020 meeting of the CSTO foreign Ministers. "We are currently collecting proposals for the practical content of this process," the CSTO Secretary General said.

Summing up, Zas said that in the current conditions, the CSTO's activities are focused on improving the mechanisms for ensuring collective security, taking into account modern realities and projected prospects for the development of the international situation.

The rights to this material belong to Интерфакс-АВН
The material is placed by the copyright holder in the public domain
Страны
Россия
Компании
ОДКБ
Персоны
Лавров Сергей
Проекты
2020-й год
AI
ШОС
Do you want to leave a comment? Register and/or Log in
Log in via Facebook
Шойгу счел необходимым построить в России еще несколько крупных городов
In the USA, they were surprised by the size of the Su-75
Россия получит авиационное преимущество над ЕС и США
Ukraine has upgraded the commander's tank
The Ministry of Defense of the Russian Federation is preparing to adopt a new "Shell" and a fighter drone "Derivation"
Russia has collected archival information about the service and life of all generals from 1917 to 2020
Так ли все плохо с Тихоокеанским флотом
How to return the US fear of Russian Naval aviation
«Концепция сетецентрической войны родилась в СССР, а развитие получила в США"
French special forces are preparing to fly on "jet skates"
США оставили биологическое оружие Талибану
The Permanent Representative of the Russian Federation to international organizations in Vienna Ulyanov called the refusal of AUKUS to provide data on the union abnormal
The United States admitted that they dropped the fuel tank from the F-16 aircraft on a Japanese village due to an emergency situation
«Бастион» для «Циркона». Куда приземлят гиперзвуковую ракету
Доездился: Илону Маску грозит финансовый крах
other topics discussed
2006-2021 © ВПК.name. All rights reserved.
When reprinting, link to ВПК.name required.
User agreement.
№ 21-PP in the register of information distributors.
18+
Website hosting: TimeWeb.