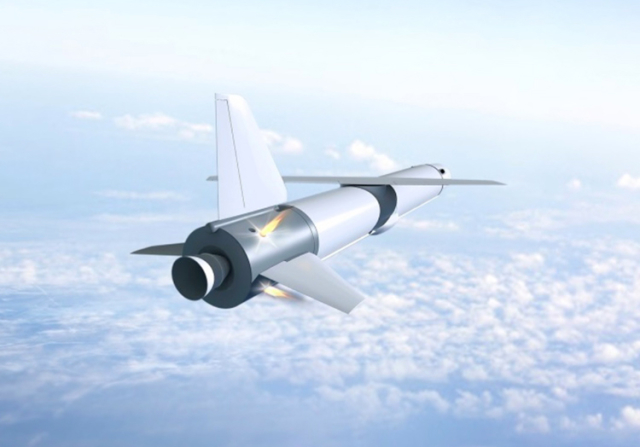 Moscow. November 17. INTERFAX - the test launch of a demonstrator of the Krylo-SV reusable cruise missile being developed in Russia is planned for early 2023, the Ministry of investment, industry and science of the Moscow region reported.

"Work on the Krylo-SV rocket project began several years ago, and in February of this year, the development of a flight demonstrator started. Flight tests of the demonstrator, that is, its first full launch, are scheduled for early 2023, " the Ministry said in a statement.

"After the tests, a decision will be made to create a full-fledged rocket," the Ministry said.

Krylo-SV is a reusable light-class cruise missile. The rocket will measure about six meters long and 0.8 meters in diameter. The rocket demonstrator will be one-third the size of the original. The rocket will travel at speeds of up to six Mach numbers. Launches are planned to be carried out from the Kapustin Yar test site towards the Caspian sea, " the press release says.

It notes that currently in Korolev on the basis of the " design Bureau of chemical engineering. Isaev" (branch of the state scientific research center named after The laboratory Of the Foundation for advanced research (FPI) has started working on the development of an engine based on cryogenic components for the flight-experimental demonstrator of reusable returnable cruise missile blocks "Krylo-SV" - the rocket engine can be called "Vortex".

The main executor of the project is TsNIIMash, who is also responsible for the development of the rocket as a whole, the Ministry explained.

"It is assumed that after the separation of the second stage, which will continue to fly with a satellite on Board, the first reusable stage for reuse will return to the spaceport on wings and using an aircraft engine," the Ministry said.

In October 2019, the head of Roscosmos Dmitry Rogozin said that the Russian Federation is working on the creation of return stages of missiles, but everything will depend on the price.

According to him, TsNIIMash is working on the aircraft principle of returning parts - "Wing-SV", in Addition, the Salyut design Bureau is working on creating return stages for Angara missiles. At the same time, the state Corporation is not yet sure that these technologies will be used. "We must all count how much it will cost," Rogozin said.

Earlier, the head of Roscosmos noted that to get economic benefits from the reusable use of missiles, you need to perform about fifty launches.

The preliminary design of the return stage of the advanced krylo-SV launch vehicle was developed in 2018 by the Experimental machine-building plant (EMZ) named after the Russian Academy of Sciences. Myasishcheva (part of the UAC). According to the developer, its resource provides for the possibility of more than ten launches.

"In the spring of this year, the Myasishchev design Bureau finished work on the krylo-SV advance project. It is being implemented in the interests of one of the promising programs of Roscosmos to create a return stage of a launch vehicle. "Krylo-SV", according to conservative estimates, can ensure the return of the first stage to Earth ten or more times, "- said in the material of the corporate magazine of the UAC"Horizons".

On current rockets, the first stage of the launch vehicle departs at an 80-kilometer altitude from the second stage, and then falls to the Ground, partially burning up in the dense layers of the atmosphere. According to the project of Russian engineers, after the rocket reaches a given height, the spent stage should open the wing and turn on the turbojet engine, after which it, like an airplane, lands on the airfield.

Currently, flights to space are carried out on disposable ships, but in the United States, the project of returnable rockets is being implemented by the head of SpaceX, Elon Musk. He returns to the planet first stage of the rocket Falcon 9. Moreover, in his project of returning to Land the first stage booster sits vertically.