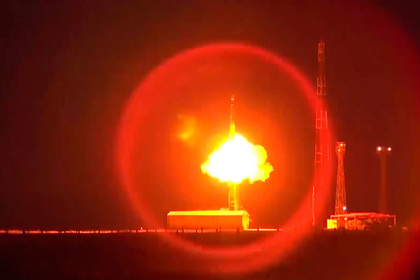 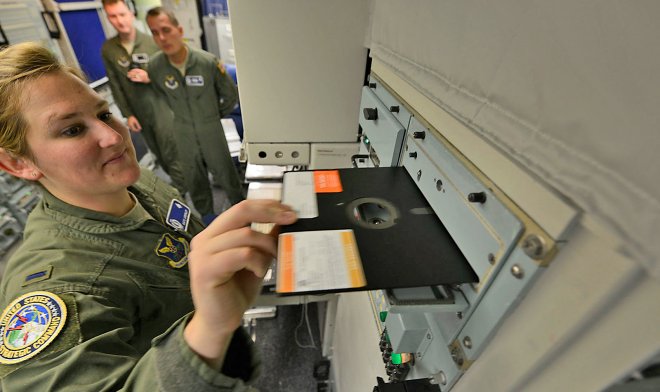 P.S. "A Government Accountability Office report on aging and outdated "legacy systems" used by the federal government published in 2016 noted that the SACCS was one of the oldest federal IT investments, running on 1970s-era IBM Series/1 software and 8-inch floppy disks.[10] The report noted that the Department of Defense "plans to update its data storage solutions, port expansion processors, portable terminals, and desktop terminals by the end of fiscal year 2017."

Prompt Global Strike Plan
Submitted by:
The Office of
The Secretary of Defense
A Report Submitted to Congress in Response to the
National Defense Authorization Act for Fiscal
Year 2004, Public Law No. 108-136, Section 1032.
February 2007

...
The old Triad, comprised solely of strategic nuclear weapon systems - Intercontinental Ballistic Missiles (ICBMs), Submarine-Launched Ballistic Missiles (SLBMs), and bomber-delivered weapons- focused on deterrence of a peer nuclear power through the threat of nuclear strikes in response to a nuclear attack. By contrast, the New Triad is designed to address a broader spectrum of security challenges by integrating defensive systems, compressing planning cycles, enhancing command and control and ISR, and leveraging the capabilities of a robust Department of Defense (DoD)
and Department of Energy research, development, and industrial infrastructure.

In a significant change from the past, the offensive leg of the New Triad now includes non-nuclear systems. Although there will continue to be a national security role for nuclear weapons, non-nuclear systems represent a major element of the Global Strike mission that may be used, when appropriate, in lieu of nuclear capabilities.

Global Strike refers to a portfolio of capabilities that provide for global reach, accelerated planning, and execution of operations using the full range of kinetic and nonkinetic strike capabilities in support of national or theater commanders' objectives. As such, it provides a means to hold particularly threatening capabilities of potential adversaries at risk. Although the explosive power of non-nuclear weapons is orders of magnitude below nuclear systems, they are capable of generating strategic effects when:
• Enabled by non-kinetic capabilities,
• Mated to precision guidance and penetration capabilities,
• Integrated into a command and control system fed by persistent ISR, and
• Enabled by compressed planning and execution cycles.
...
Developments since the 2005 Global Strike Report to Congress

The United States is ahead of schedule in reaching its goal for reducing ODSNW.
Although it concluded that the United States should maintain a robust nuclear deterrent, the 2006 Quadrennial Defense Review (QDR) also determined that the United States can make further modest nuclear force reductions while simultaneously enhancing Global Strike capabilities. DoD plans to accomplish this by retiring 50 of the 500 deployed Minuteman III ICBMs and 38 of the 94 B-52 bombers, and utilizing the saved assets to provide for a robust Minuteman III test program as well as to help sustain and modernize the remainder of the bomber fleet.
...
Consistent with the 2005 Global Strike Report, the DoD has over the past year
continued to strengthen its Global Strike capabilities with the introduction of the Joint
Air-to-Surface Standoff Missile (JASSM) and the Tactical Tomahawk (TACTOM) cruise
missile. These missiles offer stealthy (in the case of JASSM), standoff capabilities that
can be employed in substantial numbers to destroy high-value, well-defended, and/or
relocatable targets. Testing has begun on the JASSM Extended Range (JASSM-ER),
which will possess more than double the range of the JASSM (over 500 nm, vice 200
nm). JASSM-ER also will be able to loiter and transmit in-flight imagery to planners.
TACTOM possesses many of the same traits as JASSM-ER but also can also be retargeted in flight.

In addition, the DoD has nearly completed reconfiguring four strategic nuclear
ballistic missile submarines (SSBNs) into guided-missile submarines (SSGNs). The first
three SSGNs have completed their conversion with the final conversion to be completed
in late FY07.
...
The 2006 QDR considered the security environment of the 2lst-centwy and
underscored the need for prompt as well as high-volume Global Strike to address a range
of irregular, catastrophic, and disruptive challenges (see Figure 1). The QDR identified
the following objectives for Global Strike's operational and enabling capabilities:

• Provide the President with a broader range of conventional response options to deter aggresston or coerciOn,
• Attack fleeting enemy targets rapidly,
• Fuse intelligence and operations to speed action based on time-sensitive intelligence,
• Find and precisely target enemy capabilities in denied areas,
• Deter, defend against and respond in an overwhelming manner against WMD attacks, and
• Shape and defend cyberspace.

Analysis conducted during the QDR highlighted an important gap in the U.S. portfolio of Global Strike capabilities: prompt, long-range conventional (non-nuclear) strike. TACTOM and JASSM, although valuable additions to conventional forces, do not fully address this gap. Without a portfolio of prompt-i.e., capable of generating effects on a target within minutes-conventional Global Strike capabilities, America's adversaries will retain substantial freedom of action and more potential safe havens from which to operate. Prompt Global Strike may be needed for time-sensitive operations such as disrupting the transfer of WMD, preventing a rogue state from launching a ballistic
missile armed with a WMD payload, or disrupting enemy actions before other U.S. forces
arrive in theater.

Currently the DoD has a number of weapon systems that provide prompt and high-volume nuclear effects. However there is no similar capability for prompt high-volume non-nuclear effects. Figure 2 illustrates this gap in U.S. conventional capabilities for prompt Global Strike. Generating tactical aircraft or heavy bombers, or launching cruise missiles from maritime forces to strike a target with conventional ordnance, can take hours to days. In order to hold the types of targets identified in the QDR at risk, the U.S. Global Strike portfolio will need non-nuclear delivery systems that have a time-to-target measured in minutes-not hours or days.
...
The destructive power of conventional weapons is orders of magnitude below that of nuclear weapons. Increasing the lethality of long-range, prompt, conventional systems to enable their substitution for nuclear capabilities will require the application of precision targeting and engagement technologies.
Precise intelligence also is needed to support the planning and decision-making necessary to ensure success in non-nuclear Global Strike missions.
...
The Future of Global Strike: New Capabilities
...
The portfolio of Global Strike capabilities needs to be balanced with the addition of prompt conventional capabilities. In 2005, the STRATCOM Commander led an analysis of options for fielding a prompt, global, non-nuclear strike capability. The results of this analysis and the decisions made in the QDR can be separated into near term and longer-term categories. Near-term options are limited to modifications of legacy systems. As a result, the President's FY 2007 Budget requested funding for a Conventional Trident Modification (CTM).

The CTM involves developing precision conventional warheads and deploying them on Trident D-5 submarine-launched ballistic missiles in place of nuclear warheads. These non-nuclear warheads, coupled with the enhanced accuracy of the CTM, can be lethal against certain targets. Adapting the existing Trident D-5 missile-a weapon system with a superb reliability record-to the CTM presents a low-risk, relatively low cost, near-term conventional option for prompt Global Strike. Deploying CTM will provide the United States its first long-range non-nuclear capability to defeat a set of
threats almost anywhere on the globe, on short notice, in the event that effective forward deployed forces are unavailable. It also continues the post-Cold War trend of reduced U.S. reliance on nuclear weapons and will provide the President with a viable nonnuclear strike option.

However, progress towards CTM has been hampered, in large part, by concerns that prompt Global Strike involving the use of conventionally-armed ballistic missiles could be misinterpreted as a potential nuclear attack. Last year's congressional CTM budget action, cutting the President's requested $127M for research and development in FY07 to $20M, was predicated largely on these concerns.
...

DoD strongly believes that conventional prompt Global Strike is a critical
capability to address the United States' evolving 21st-centuty security needs. (выделено мной - ID :19550)The joint DoD-Department of State Report on CTM, directed by the FY07 Defense Authorization Act, addresses congressional concerns and presents a clear strategy for mitigating potential risks associated with the use of a CTM. In addition, the FY07 Defense
Authorization Act directed the National Academy of Sciences (NAS) to conduct a study
on CTM and other potential alternatives. The DoD will support the NAS study effort
fully with the intent to secure funding for CTM in FY08 in accordance with the
President's budget request to Congress. The request for FY08 is for $175.4M to cover
research and development, procurement, and other costs.
Although DoD determined CTM to be the best near-term conventional option for
prompt Global Strike, the Department is considering other, longer-term solutions, both
sea- and land-based, to broaden the portfolio of prompt, non-nuclear capabilities. Efforts
to develop longer-term capabilities include the following: 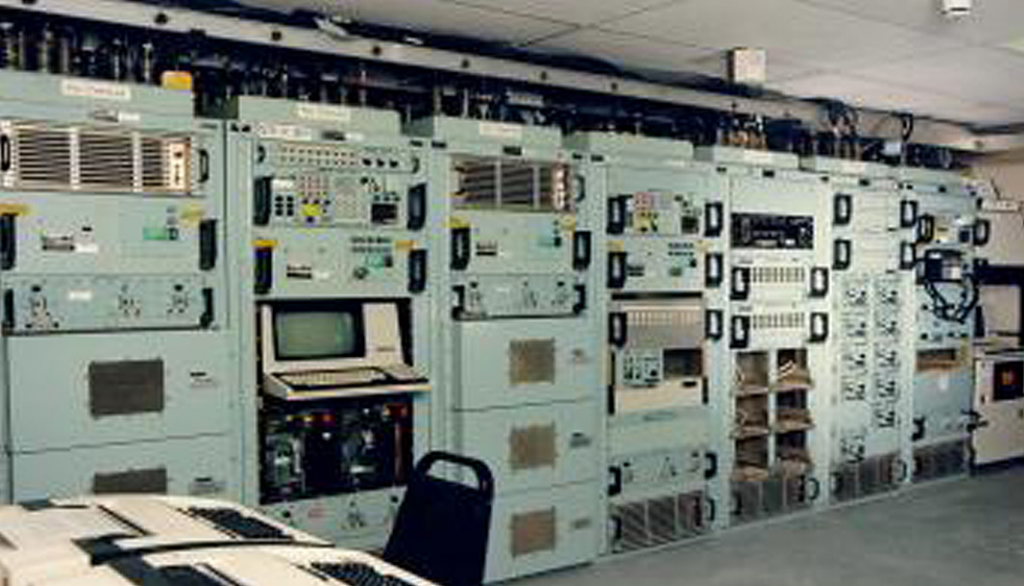 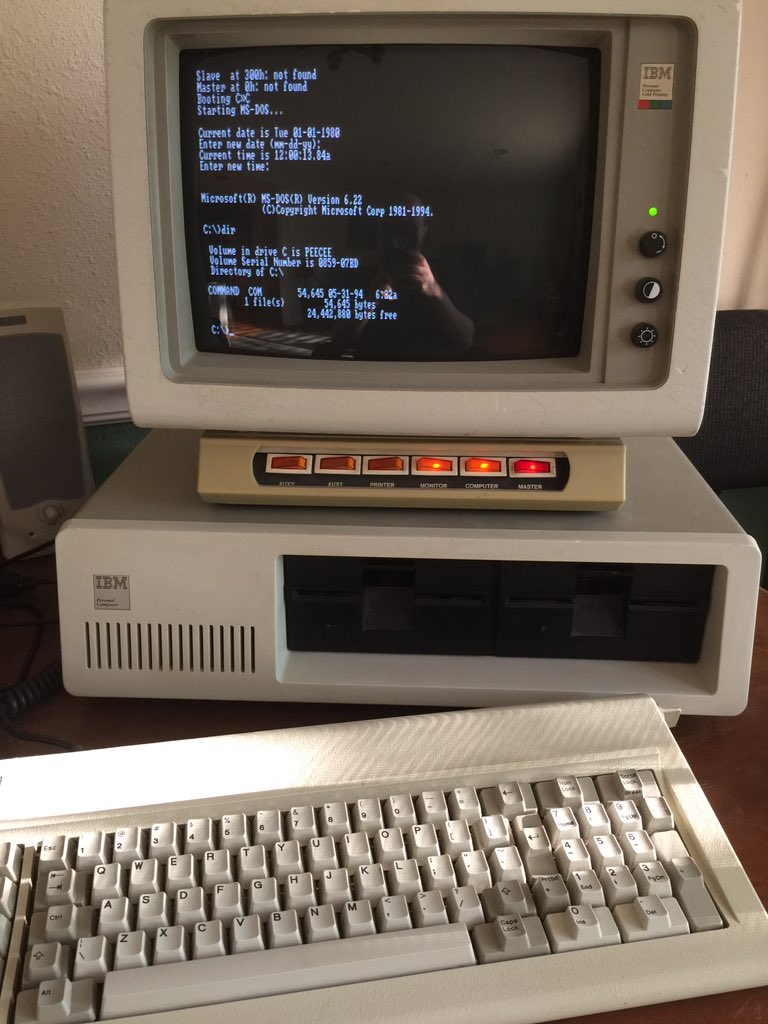 Consistent with the 2005 Global Strike Report, the DoD has over the past year continued to strengthen its Global Strike capabilities with the introduction of the Joint
Air-to-Surface Standoff Missile (JASSM)